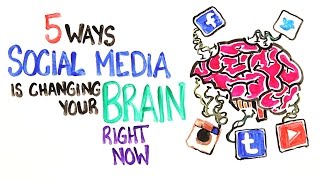 We have to hand it to Putin. He is the best that there is. Note the ease with which he mopped up the floor with that idiot Chris Wallace.

What is wrong with the US media that it cannot produce a second competent journalist as company for Tucker Carlson? Why are America's remaining good journalists, such as Chris Hedges, now in the alternate media?

All I can say, and Putin probably already knows it, is that there is more going on than presstitutes holding the relationship between Russia and the US hostage to an internal political struggle between the Democratic Party and President Trump. It is not just that the corrupt US media is serving as propagandists for the Democratic Party against President Trump. The presstitutes are serving the interest of the military/security complex, which has ownership interests in the highly concentrated US media, to keep Russia positioned as the enemy that justifies the huge $1,000 billion budget of the military/security complex. Without the "Russian enemy," what is the justification for such a waste of money when so many real needs go underfunded and unfunded?

In other words, the American media are not only stupid, they are corrupt beyond all measure.

Tuesday at 12:40 Eastern time NPR had a collection of Trump-bashers doing their utmost to prevent the Trump/Putin meeting from leading to a normalizing of relations between the two governments. For example, as every informed person knows, the US intelligence community has most certainly not concluded that Russia interfered in the presidential election. That conclusion was reached by a few hand-picked members of three of the 16 intelligence agencies and was expressed not as a proven fact but as "highly likely." It other words, it was nothing but an orchestrated opinion given by cooperative agents who no doubt expect promotions in return.

NPR's point is that Trump sides with Nazis and Russian thugs and is against Americans.

What Trump said in fact about alleged election interference was that whether there was or was not any election interference, it had no effect as Comey and Rosenstein have admitted, and is certainly not as important as two nuclear powers getting along with one another and avoiding tensions that could result in nuclear war. One would think that even an NPR idiot could understand that.

The Trump-bashing on NPR has gone on all day intermixed with an occasional bashing of Russia for killing Syrian civilians in air attacks on the Washington-supported jihadists that are, as instructed by Washington, trying to hold on to a bit of Syria so that Washington and Israel can restart the war. One wonders at the stupidity of those who give money to NPR so that NPR can lie to them all day long. Like George Orwell foresaw, people are more comfortable with Big Brother's lies than with the truth.

NPR was once an alternative voice, but it was broken by the George W. Bush regime and has become completely corrupt. NPR still pretends to be "listener-supported," but in fact is now a commercial station just like every commercial station. NPR tries to disguise this fact by using "with support from" to introduce the paid advertisements from the corporations.

"With support from" is how NPR traditionally acknowledged its philanthropic donors. The real question is: how does NPR hold on to its 501c3 tax-exempt status when it sells commercial advertising? No need for NPR to worry. As long as the presstitute entity serves the ruling elite at the expense of truth, it will retain its illegal tax-exempt status.

It is obvious that the indictments of the 12 Russian intelligence officers immediately prior to the Trump/Putin meeting was intended to harm the meeting and to give the presstitutes more opportunities for more dishonest shots at President Trump. In my day, journalists would have been smart enough and would have had enough integrity to understand that. But Western presstitutes have neither intelligence nor integrity.

How much proof do you want? Here is presstitute Michelle Goldberg writing in the New York Times that "Trump shows the world he's Putin's lackey." The presstitute says she is "staggered by the American president's slavish and toadying performance." Apparently Goldberg thinks Trump should have beaten up Putin.

Related Topic(s): American Culture; American Empire; American Hegenomy; Corruption; Presstitutes; Vladimir Putin, Add Tags
Add to My Group(s)
Go To Commenting
The views expressed herein are the sole responsibility of the author and do not necessarily reflect those of this website or its editors.