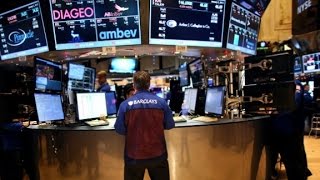 The basic logic here is simple. The price of Microsoft, Boeing or Pfizer stock is not going to rise because workers are getting pay increases or they can take longer vacations. The price of these companies' stocks will rise if investors believe that events will cause their profits to be higher. That's the end of the story.

This is why the Trump tax cut was good news for the stock market. Investors were not passing judgment on whether lower corporate tax rates would mean more rapid economic growth. They were betting that if companies paid less money in taxes, there would be more money left for shareholders.

When we hear Trump boast about the stock market rising on his watch, he is essentially saying that taxpayers are giving more money to shareholders, thus making shares more valuable. It is not a measure of the health of the economy. The public needs to recognize this simple logic, because Democrats are proposing a number of policies that are likely to hurt corporate profits and therefore lead to lower stock prices.

For example, most of the Democratic presidential candidates are advocating strong measures to address climate change. These measures will almost, by definition, mean sharply lower demand for oil and natural gas. This will mean sharply lower profits for a major sector of the economy, which will surely depress the stock price of fossil fuel companies.

In the same vein, most of the Democrats are proposing measures that will sharply reduce the profits of the insurance industry and the prescription drug industry. These measures should be expected to lead to sharply lower stock prices for the companies in these sectors.

The same story applies to the tech sector, where at least some of the candidates, most notably Sen. Elizabeth Warren, have proposed measures to break up dominant firms like Facebook and Google. These measures would be a big hit to some of the most highly valued companies on the market.

Similarly, measures that increase workers' power and make it easier for them to form unions should also be a hit to profits. Workers will get a higher share of income, and companies will get a smaller share.

As the election draws closer, if a Democratic presidential candidate pushing this set of policies appears likely to end up in the White House, it is reasonable to expect the stock market to fall. This will be especially likely if the Democrats are expected to pick up seats in the House and Senate, making it easier for a new president to implement progressive policies.

That is when it will be essential to remind economics reporters of basic economics. The stock market is a measure of expected future profits and nothing more. Yes, Democrats want to see some corporations like those destroying the planet with fossil fuels or those ripping-off patients with monopoly-protected drug prices make less profit. But that says nothing about the overall health of the economy.

It is worth noting that we had very strong growth, with widely shared benefits, in the 1950s and 1960s, when stock prices were far lower relative to the economy. So the idea that we cannot have a rapidly growing economy with a much lower stock market not only contradicts economic theory, but also a large amount of evidence.

Obviously, some people will be hurt by a falling stock market, but because of the incredible inequality of stock holdings, the vast majority of the losses will be incurred by the richest 10 percent of the public, with the top 1 percent seeing close to 40 percent of the losses.

Dr. Dean Baker is a macroeconomist and Co-Director of the Center for Economic and Policy Research in Washington, D.C. He previously worked as a senior economist at the Economic Policy Institute and an assistant professor at Bucknell University. (more...)
Related Topic(s): Boeing; Inequality; Markets; Pfizer; Progressives; Reality; Stock Market- Investing; Taxpayers, Add Tags
Add to My Group(s)
Go To Commenting
The views expressed herein are the sole responsibility of the author and do not necessarily reflect those of this website or its editors.