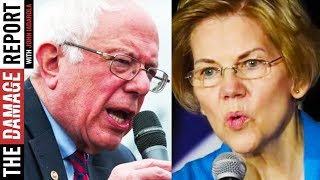 The easiest state in America for a Progressive to get elected is California. It's also a political environment rife with Progressive imposters.

California, like the US federal government, is besieged by special interests. Typically businesses and interests looking to enrich themselves and their investors. Those entities are most often represented by lobbyists who get paid well to convince lawmakers to create laws and policies that are profitable to their clients.

California voters since the 1960s have become increasingly progressive. They want change, social justice, racial justice, environmental justice, women's reproductive justice and, as they say in California's working class neighborhoods, plain old justice justice -- the core idea of progressivism being movement away from corrupt policies and toward social progress.

California, like the US federal government, is quite corrupt. Policies ingrained over decades to benefit specific industries do so year after year regardless of who gets elected.

Typically the candidates campaign on a progressive agenda and then just accept the status quo once in office. The big donors understand this will be the case, and back the candidates most likely to follow the script.

California is also a trendsetter. The progressive drift in national Democratic politics now mirrors the left-coast trend. Bernie Sanders broke the ice with his break-out progressive presidential run in 2016, which set the stage and the agenda for what we now see unfolding in the 2020 Democratic nominating campaign: Progressives and those masquerading as Progressives leaping onto the stage, California style.

Who will do what they say they will do?

The problem obviously is the danger of being fooled again and again and again. What to do? In a word, pick real Progressives. Sounds easy, but how to separate the dedicated Progressive leaders from those seeking cheap political currency?

The easiest and most reliable way to predict what political leaders will do in the future is to carefully consider what they have done in the past. Sanders and Warren have by far the most verifiable and dependable progressive credentials in the Democratic nominating race. Sanders's platform from 2016 was so effective, in fact, that most of the Democratic contenders have adopted his positions entirely or in part.

The difference with Sanders and Warren is that you know what you will get, you know what they will do. Sanders appears to have a bit better traction in terms of implementing change, due mostly to his very effective off-season organizing efforts. Warren has the legacy of her role in creating the Consumer Financial Protection Bureau under President Obama, who to his credit energetically supported her efforts.

Related Topic(s): 2016; Politics; Progressives; Progressivism; Voting, Add Tags
Add to My Group(s)
Go To Commenting
The views expressed herein are the sole responsibility of the author and do not necessarily reflect those of this website or its editors.