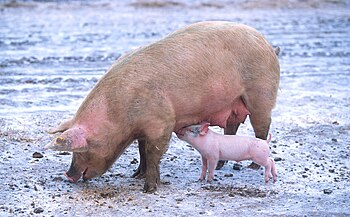 It's that time of year: Citizens Against Government Waste just released its annual "Pig Book," a compendium and analysis of pork barrel spending, aka earmarks, by the US Congress in 2019.

That sounds like a lot of money, and it is. But not nearly as much as one might think, in the scheme of things.

The federal government plans to spend more than $4.5 trillion in 2019. Those earmarks constitute a whopping one third of one percent of that total.

Critics of earmarks point out, correctly, that they're used by members of Congress to direct federal spending to their own districts, not always with much "public good" justification (cue complaints about $500,000 for the Sparta Teapot Museum, $7.5 million for golf education, etc.)

True, all of it -- but it's baked into any political process. Whether formal earmarks exist or not, politicians will support bills that spend money in their districts, oppose bills that don't, shill for their favored projects, and make deals to bring home the bacon.

And, it should be mentioned, earmarks do not directly increase total spending. They simply require that if Congress appropriates $10 billion for Purpose X, $1 million of that $10 billion be spent on Project Y.

The problem in that hypothetical isn't the $1 million earmark, it's the $10 billion appropriation.

The problem with the real numbers isn't $15 billion in earmarks, it's $4.5 trillion in federal spending.

If Congress has $9 million to spend on a fruit fly quarantine program and $3 million to blow on bad loans to ship buyers (among 2019 earmarks), Congress has too much money to spend on, respectively, Agriculture and THUD (Transportation, Housing, and Urban Development).

Congress DOES have too much money -- money it takes from all of us via various tax schemes, and money it borrows in our names on the promise to bond-holders that it will beat us out of it, with interest, later.

Earmarks could be part of the answer to that problem.

If Congress specified in greater detail where and how EVERY dollar of EVERY appropriation must be spent, instead of just handing the dough over the executive branch under broad categories, we'd have a much better idea of where it was going -- and be better prepared to protest, and bring pressure to bear against, wasteful spending.

It would also clarify "separation of powers" violations, such as President Donald Trump's illegal and unconstitutional "emergency" misappropriation of Treasury and Defense Department funds for his pet "border wall" project, making it easier to rein in presidential misbehavior.

Silly earmarks are fun to point out, but concern over them comes at the expense of addressing the bigger problem: The spending is too damn high.

Related Topic(s): Congress Spending; Earmarking; Pork, Add Tags
Add to My Group(s)
Go To Commenting
The views expressed herein are the sole responsibility of the author and do not necessarily reflect those of this website or its editors.