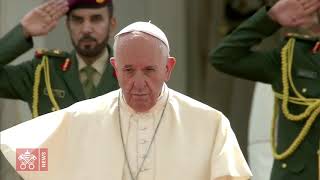 A little deviation from what's normally found in this space but when I read where the Pope Francis responded to a question from a reporter about a recent article in the Vatican's women's magazine about sexual abuse of nuns including the sexual slavery of nuns by priests and the Pontiff saying the Vatican is "working on it", it did catch the eye of this reader. [1]

The immediate reaction here celibacy was probably behind this aberration committed by priests-yet celibacy wasn't even mentioned. The logic of priests and nuns "getting it on" sexually made sense to this admittedly secular reader but sexual slavery of nuns by priests that's a whole other matter.

But when one considers the revelations of pedophile priests molesting young boys and girls is rampant and been going on...probably forever this "new" revelation committed by sexually deviant priests with nuns maybe shouldn't come as a shock.

So is it a stretch to say the Church's edicts contribute to the sexual aberrations of its priests and nuns?

Then of course the question arises what type of people are drawn to the Church requiring priests be celibate? It seems to be a haven for sexual deviants considering the widespread revelations that have come to light which have occurred all over the world. Revelations the Church covered up for years and wouldn't admit to until it was so widespread it had to.

As to the practice of celibacy it wasn't required until a Pope in the 12th century decreed clerical marriages henceforth would be invalid. That's only in the Roman Catholic Church. Apparently the Eastern Orthodox Church allows its priests to marry. All Protestant denominations apparently allow its ministers to marry.

And significantly, these revelations of sexual aberrations by some of its clergy seem to be solely centered within the Roman Catholic Church-though the Boy Scouts have come under scrutiny for some of its scout leaders molesting some of their charges. Is that unfair? Maybe.

But the Church brought this abuse committed by its priests on itself because it chose to cover-up the problem for years by reassigning deviant priests to other parishes rather than letting them be held accountable and prosecuted for the crimes they committed.

It seems amazing some type of reformation challenging the Church over celibacy hasn't come about in the present day. Maybe there is a movement in that direction.

Celibacy may or may not be behind the sexual deviancy of some of the Church's priests but it seems hard not to make that hypothesis.

Retired. The author of "DECEIT AND EXCESS IN AMERICA, HOW THE MONEYED INTERESTS HAVE STOLEN AMERICA AND HOW WE CAN GET IT BACK", Authorhouse, 2009
Related Topic(s): Nuns; Priests; Sexual Abuse; Sexual Misconduct, Add Tags
Add to My Group(s)
Go To Commenting
The views expressed herein are the sole responsibility of the author and do not necessarily reflect those of this website or its editors.