By By Kevin Zeese and Margaret Flowers 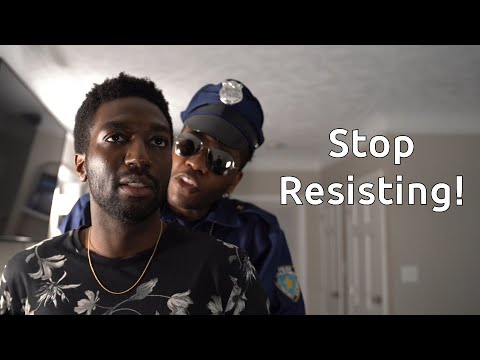 Wouldn't it be nice if you could call the police on the police when they start acting up?
(Image by YouTube, Channel: Cilvanis)   Details   DMCA

The system-wide challenges the United States faces with policing are entrenched and deeply rooted. When the historical and current practices of police are examined, it is evident police have been designed to uphold the status quo including racial injustice and class inequality. Whenever political movements develop to respond to racial and class unfairness, the police have undermined their politically-protected constitutional rights.

The Roots Of Policing Are Rotten

The needs of the wealthy have been the driving force for the creation of police. Policing developed to control workers, many who were Irish, Italian and other immigrants seeking fair wages in the North and African people who were enslaved in the South. Victor E. Kappeler, Ph.D writes in "A Brief History of Slavery and the Origins of American Policing that "Slave patrols and Night Watches, which later became modern police departments, were both designed to control the behaviors of minorities."

Trans-Atlantic Slave Trade Database lists 12.5 million Africans who were shipped to the Americas, 10.7 million of which survived the dreaded Middle Passage. Of that, 388,000 were brought to North America. African slaves were forced to reproduce for their owners and to sell.

The purpose of slave patrols was to protect the wealth of the white people who owned slaves.

Kevin Zeese is co-chair of Come Home America, www.ComeHomeAmerica.US which seeks to end U.S. militarism and empire. He is also co-director of Its Our Economy, www.ItsOurEconomy.US which seeks to democratize the economy and give people greater (more...)
Related Topic(s): Capitalism; Police; Police Killing Blacks; Racism; Slavery, Add Tags
Add to My Group(s)
Go To Commenting
The views expressed herein are the sole responsibility of the author and do not necessarily reflect those of this website or its editors.