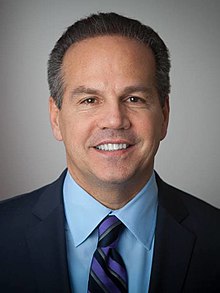 Congressman David Cicilline is poised to offer a resolution to re-establish the House Permanent Select Committee on Aging, whose work came to an end in early January 1993, at the conclusion of the 102nd Congress.

The Washington, DC-based Leadership Council of Aging Organizations (LCAO), a coalition of 69 aging organization, has recently called on the House to support Cicilline's measure when introduced, "which focuses on the well-being of America's older population and is committed to representing their interests in the policy-making arena".

"Now is the opportune time to reestablish the House Aging Committee," says LCAO Chair, Max Richtman, who serves as President and CEO of the National Committee to Protect Social Security and Medicare (NCPSSM), in an endorsement letter sent to the Rhode Island Congressman on March 30, 2021, detailing the graying of America.

"Every day, 12,000 Americans turn 60. By 2030, nearly 75 million people in the U.S.-or 20 percent of the country-will be age 65 or older. As America grows older, the need for support and services provided under programs like Social Security, SSI, Medicare, Medicaid and the Older Americans Act also increases," he said, stressing the importance of this select committee.

The resolution to approve the House Aging Committee was passed on October 8, 1974, by a 299-44 margin in the House. Its legislative duties expired during the 103rd Congress, as the House leadership was under pressure to reduce its internal costs and to streamline the legislative process. Initially, the House panel had 35 members, but would later grow to 65 members.

Those opposing reauthorizing the House Aging Committee would say that its elimination would slash wasteful spending, after all, the chamber already had 12 standing committees with jurisdiction over aging issues. On the other hand, advocates warned that the staff of these committees did not have time to broadly examine aging issues as the select committee did.

In a March 31, 1993 article published in the St. Petersburg Times, reporter Rebecca H. Patterson reported that Staff Director Brian Lutz, of the Committee's Subcommittee on Retirement Income and Employment, stated that "during its 18 years of existence the House Aging Committee had been responsible for about 1,000 hearings and reports."

The Fourth Time "Hopefully" is the Charm"

More than five years ago, Cicilline had introduced House Res. 758 during the 114th Congress to reestablish the House Aging Committee. Rhode Island Congressman Langevin and 27 Democratic lawmakers out of 435 House members became cosponsors. But it caught the eye of the co-chairs of the Seniors Task Force (later renamed the House

With House Speaker Ryan still retaining the control of the House during the 115th Congress, Cicilline's H. Res.160 would not gain traction. At that time only 27 Democratic lawmakers stepped forward to become cosponsors, the resolution attracting no support from House GOP lawmakers.

For the third time, during the 116th Congress, Cicilline would again introduce H. Res. 821 to reestablish the House Aging Committee. Even with the Democrats retaking the House and House Speaker Nancy Pelosi taking control of the chamber's legislative agenda, the resolution would not get a committee vote, again blocking it from reaching the floor for a vote.

During the 117th Congress, Cicilline is not taking "no" for an answer, and continues his push to bring back the House Aging Committee. Once his resolution is thrown into the legislative hopper, it will be referred to the House Committee on Rules for mark-up and if passed will be considered by the full House. It's expected to be just 245 words like the previous ones introduced during the last three Congresses.

During his 40 subsequent years as a journalist, he authored or co-authored more than 790 articles on aging, health care and medical issues. Weiss's columns regularly appear in newspapers throughout Rhode Island and news blogs. He writes a (more...)
Related Topic(s): Accomplishments; Aging; Alzheimers; America; Committee Chairmanships; Congress; Health; House Of Represenatives; House Of Representatives; House Of Representatives Speaker; (more...) House Speaker Nancy Pelosi; Legacy; March; Medicaid; Medicare; People; Policy; Retirement; Staff, Add Tags  (less...)
Add to My Group(s)
Go To Commenting
The views expressed herein are the sole responsibility of the author and do not necessarily reflect those of this website or its editors.