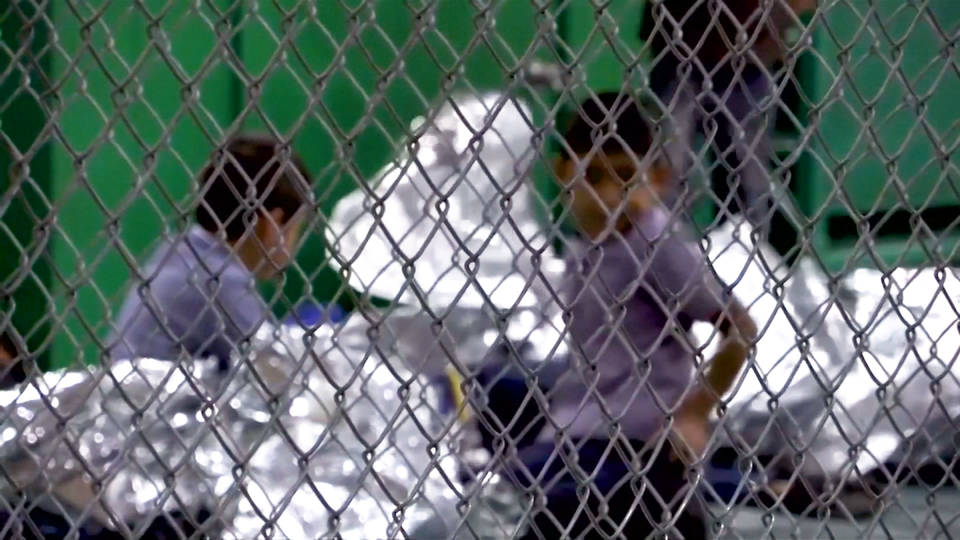 The Trump administration has failed in its attempt to keep concealed its dirty little secret about concentration camps on the Southern border where prisoners are held in horrific conditions without being charged for crimes.

The Trump administration has detained more than 40,000 children so far this year, a 57- percent increase from last year.

Every day more horrific details come out about this stain on the "land of the free."

And here are some more that broke this week.

Dr. Colleen Kraft, president of the American Academy of Pediatrics, described on CNN what she witnessed when touring one of the camps:

"I can't describe to you the room I was in with the toddlers. Normally toddlers are rambunctious and running around. We had one child just screaming and crying, and the others were really silent. And this is not normal activity or brain development with these children."

Dr. Kraft talked about the "toxic stress" responsible for the harm to these children's brains, adding:

"It disrupts their brain architecture and keeps them from developing language and social, emotional bonds, and gross motor skills, and the development that they could possibly have."

Kraft asserted what the Trump administration is perpetrating upon these children is tantamount to "government-sanctioned child abuse."

But Dr. Kraft wasn't the only pediatrician to speak out.

Dr. Dolly Lucio Sevier discovered similar examples of infection, malnutrition, and psychological trauma at a Customs and Border Patrol (CBP) facility in McAllen, Texas where over 1,000 children are being imprisoned.

Despite examining one child at a time, Dr. Sevier was not permitted to enter the area where the children were held, many in cages.

When Sevier asked the 38 children she examined about sanitation, all replied they were not permitted to wash their hands or brush their teeth.