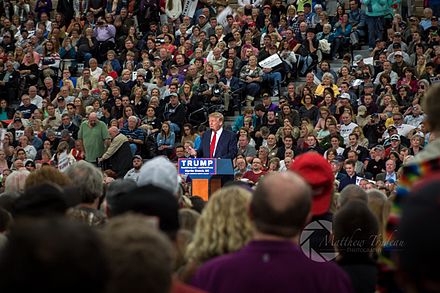 The controversy around President Donald Trump's recent tweets targeting "The Squad" -- four Democratic members of Congress who are all women, all people "of color," and all of whom Trump seems to think aren't "from America" (one came from Somalia as a young woman and became a US citizen at 17; the rest are "natural born" US citizens) -- largely centers around perceptions of his personal bigotry.

Is Trump a racist? A xenophobe? A misogynist? His public history, going back at least to the early 1970s, offers evidence for all three accusations. Some people find that evidence compelling, some don't.

But to focus on Trump's personal beliefs in any of those areas is to miss the point. He's not an individual actor living out his life in private. He's a public actor, leading a major political party, occupying the highest political office America has to offer, and campaigning for re-election to that office.

A decade ago, I began writing on a phenomenon I call "Peckerwood Populism" ("peckerwood," a regional version of "woodpecker," became first a slur used by poor southern black Americans to describe poor southern white Americans, then a self-descriptor and symbol proudly used by white racists). Here's my description of Peckerwood Populist politicians circa 2009:

At one time, overt Peckerwood Populism was the mainstream in southern politics, preached by segregationist Democrats and, as it lost popularity, "Dixiecrats." As it became even less popular and less overt and switched parties (with Nixon's "southern strategy"), its reach expanded outside the south and loomed large in American politics until at least as late as 1988 (remember the Willie Horton ads?).

Peckerwood Populism is enjoying a nasty resurgence in the Age of Trump (and Trump is far from its sole practitioner).

If you can't expand your base, you win by working harder to get more of that base out to the polls. You throw them lots and lots of red, racist, xenophobic, misogynist meat.

That's exactly what Trump is doing. Whether he really means the crazy things he says is (mostly) beside the point. He believes his base believes those crazy things. If he's right, that's a far bigger problem than Trump himself.

Related Topic(s): Donald Trump; Populism; Republican; Republican Misogyny; Republican Racism; Xenophobia, Add Tags
Add to My Group(s)
Go To Commenting
The views expressed herein are the sole responsibility of the author and do not necessarily reflect those of this website or its editors.