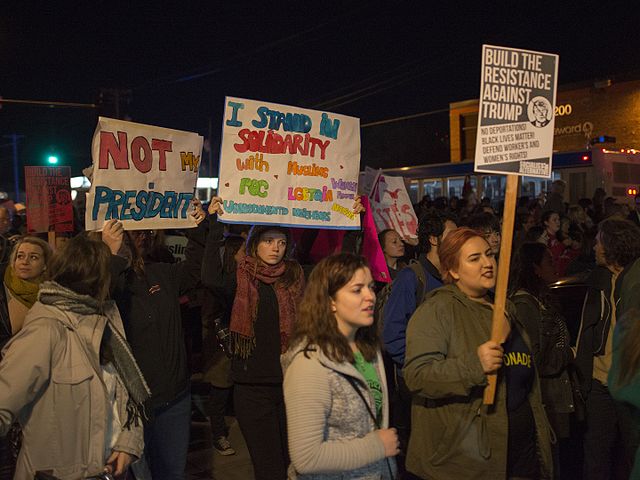 "You're not interesting because you went to a high school where kids got shot," comedian Louis C.K. said at a New York gig in December, addressing Florida high school students who trafficked on their credentials as "school shooting survivors" to shill for the gun control movement. "You didn't get shot. You pushed some fat kid in the way and now I gotta listen to you talking?"

America's "left wing" went ballistic. How dare this man mock kids who'd been through something so horrible?

On January 19, a group of students from Kentucky's Covington Catholic High School found themselves targeted as bigots after social media (quickly followed by mainstream media) carried video clips that appeared to show them harassing and mocking an American Indian activist participating in the Indigenous People's March.

The story quickly fell apart as it became apparent that the kids were waiting for buses, not counter-protesting the Indigenous People's March, that they were themselves the targets of harassment by a racist group (the "Black Hebrews"), and that the conduct of Nathan Phillips, the Indian activist, was either itself confrontational or else easily perceived as such.

The two incidents may seem at most tenuously connected, but taken together they constitute teachable moments for young political activists and for those who rush to decry perceived mistreatment of those activists.

In a statement responding to the controversy, one of the Covington Catholic students, Nick Sandmann, writes:

"I never understood why either of the two groups of protestors were engaging with us, or exactly what they were protesting at the Lincoln Memorial. We were simply there to meet a bus, not become central players in a media spectacle. This is the first time in my life I've ever encountered any sort of public protest, let alone this kind of confrontation or demonstration."

The first part of that statement is naive. The second part is flatly false.

It's naive to expect a bunch of people, congregating in the vicinity of "left-wing" protests, wearing US president Donald Trump's signature accessories ("Make America Great Again" hats), to be perceived as anything other than "right-wing" counter-protesters. And when protesters and counter-protesters meet, there WILL be uncomfortable "engagement."

Sandman falsely or, to be charitable, perhaps again naively characterizes himself as never having encountered public protest before. In fact, at the time of the confrontation at the Lincoln Memorial he had just finished participating in exactly such a public protest the "March for Life," an annual anti-abortion demonstration after having traveled 500 miles for the specific purpose of doing so.

As Finley Peter Dunne wrote, "politics ain't beanbag." Those who enter the public square in support of a cause ANY cause thereby open themselves up to mockery, misunderstanding, the whole panoply of unpleasant "engagement."

Which is not to say that young people shouldn't engage in political activism. But when they do, they're acting as adults and implicitly asking to be treated as adults.

Related Topic(s): Covington Catholic High School; Mockery; Parkland Massacre; Protest, Add Tags
Add to My Group(s)
Go To Commenting
The views expressed herein are the sole responsibility of the author and do not necessarily reflect those of this website or its editors.