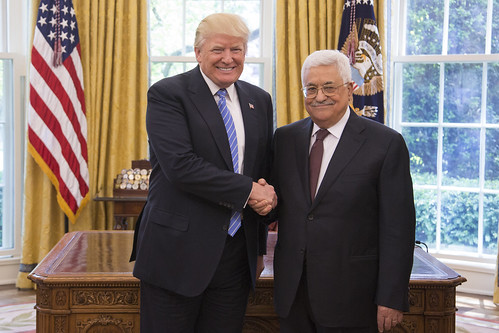 With a representative like this Palestinians might be better off with no envoy in Canada. A recent profile of the Palestinian Authority's agent in Ottawa confirms the PA is more a colonial tool than a voice for an oppressed people.

In the Hill Times interview Hala Abou-Hassira refuses to answer whether Canada's anti-Palestinian voting record at the UN had harmed its bid for a seat on the Security Council. Abou-Hassira responded by saying she didn't know how different member states voted but hoped Canada would win a seat in the future. She even refused to criticize the Canadian government for repeatedly isolating itself against world opinion on Palestinian rights. "Abou-Hassira didn't offer a position on Canada's voting record, instead saying Canada has taken 'positive steps towards peace in the region'", reported the Hill Times. "Our struggle at the United Nations is not an issue of counting votes, it is a struggle for freedom," she said.

According to research compiled by Karen Rodman of Just Peace Advocates, since 2000 Canada voted against 166 General Assembly resolutions critical of Israel's treatment of Palestinians. Canada's competitors for the two Security Council seats, Ireland and Norway, didn't vote against any of these resolutions. Additionally, Ireland and Norway voted yes 251 and 249 times respectively on resolutions related to Palestinian rights during this period. Canada managed 87 yes votes, but only two since 2010.

While the Palestinian Authority's representative in Ottawa deemed it politically unwise to point out the obvious, a slew of officials and commentators have highlighted the importance of the Palestinian question in Canada's loss. After the vote Israel's ambassador to the UN, Danny Danon, told the Jerusalem Post, "we are disappointed that Canada didn't make it, both because we have close ties with the country and because of the campaign that the Palestinians ran against Canada." In "UN snub the latest in Liberals' rancid record" Toronto Star columnist Rick Salutin noted that Canada's Security Council defeat was all about Canada's anti-Palestinian record. He wrote, "there is one and only one reason, IMO [in my opinion], for the resounding defeat of Canada's bid for a Security Council seat at the UN: Palestine."

Canada's voting record at the UN was at the heart of the grassroots No Canada on the UN Security Council campaign. An open letter launching the campaign from the Canadian Foreign Policy Institute noted, "since coming to power the Trudeau government has voted against more than fifty UN resolutions upholding Palestinian rights backed by the overwhelming majority of member states." A subsequent open letter was signed by over 100 civil society groups and dozens of prominent individuals urging countries to vote against Canada's bid for a Security Council seat due to its anti-Palestinian positions. That letter organized by Just Peace Advocates stated, "the Canadian government for at least a decade and a half has consistently isolated itself against world opinion on Palestinian rights at the UN. " Continuing this pattern, Canada 'sided with Israel by voting No' on most UN votes on the Question of Palestine in December. Three of these were Canada's votes on Palestinian Refugees, on UNRWA and on illegal settlements, each distinguishing Canada as in direct opposition to the 'Yes' votes of Ireland and Norway."

Just Peace Advocates organized 1,300 individuals to email all UN ambassadors asking them to vote for Ireland and Norway instead of Canada for the Security Council. In a sign of the campaign's impact, Canada's permanent representative to the UN Marc Andre' Blanchard responded with a letter to all UN ambassadors defending Canada's policy on Palestinian rights.

But the PA is highly dependent on Israel, the US, Canada, and other countries' "aid". Over the past decade tens (possibly hundreds) of millions of dollars in Canadian aid money has gone to training and supporting a Palestinian security force that serves as an arm of Israel's occupation. The PA has been labeled the "subcontractor of the Occupation".

Abou-Hassira's refusal to criticize this country's UN voting record should be viewed as a manifestation of Canada's anti-Palestinianism. Ottawa has helped build a political apparatus so removed from the needs and desires of the long-colonized Palestinians that it is unable to criticize a country for repeatedly isolating itself against world opinion on largely symbolic UN votes.

Related Topic(s): Canada; Israel; Palestinian State, Add Tags
Add to My Group(s)
Go To Commenting
The views expressed herein are the sole responsibility of the author and do not necessarily reflect those of this website or its editors.