Why the United States bears responsibility for Yemen's humanitarian crisis. 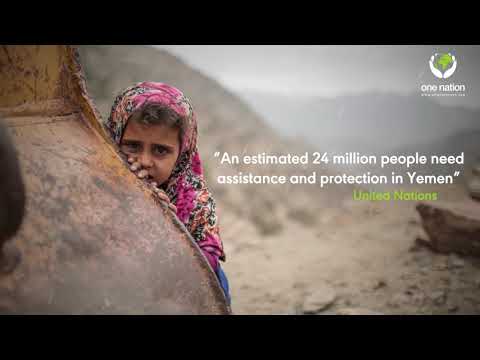 An entire generation of Yemeni children has suffered the traumas of war, many of them orphaned, maimed, malnourished, or displaced. The United Nations reports a death toll of 100,000 people in that nation's ongoing war, with an additional 131,000 people dying from hunger, disease, and a lack of medical care. A report from Save the Children, issued in November 2018, estimated that at least 85,000 children had died from extreme hunger since the war began in 2015.

Since then, 3.65 million people have been internally displaced and the worst cholera outbreak ever recorded has infected 2.26 million and cost nearly 4,000 lives. Attacks on hospitals and clinics have led to the closure of more than half of Yemen's prewar facilities.

The war has had a horrific impact on all Yemeni civilians, but it has compounded vulnerability to violence for women and girls. A recent AP report described a network of secret detention centers where security forces have severely abused women they've targeted as dissenters. In the Sanaa governorate alone, an estimated 200 to 350 women and girls are being held, according to multiple human rights groups. A U.N. panel of experts accused Sultan Zabin, the head of the Sanaa criminal investigative division, of running an undisclosed detention site where women have been raped and tortured.

World health experts regard Yemen as a potential hot spot for the coronavirus and have worked frantically to prepare for its arrival.

"Five years of fighting have degraded the health infrastructure, exhausted people's immune systems, and increased acute vulnerabilities," the United Nations said in mid-April. As a result, warned Mark Lowcock, the U.N.'s top aid official, "COVID-19 in Yemen could spread faster, more widely, and with deadlier consequences than in many other countries."

The policies of the United States are deeply implicated in Yemen's suffering, through the sale of billions of dollars in munitions to Saudi Arabia and other countries that have intervened in the civil war.

U.S. Secretary of State Mike Pompeo has urged the United Nations to reduce the aid it delivers to areas controlled by the Houthis. A New York Times report quoted an unnamed diplomat as saying that Pompeo, at a 2019 conference in Warsaw, said the coalition forces should kick the stuffing out of the Houthis, although Pompeo, according to the unnamed diplomat, "used an earthier noun than stuffing."

In March 2015, Saudi Arabia led a military coalition of nine Arab states to intervene in a conflict raging in Yemen. The coalition said it was acting to restore Yemen's ousted president, Abdrabbuh Mansour Hadi, to power.

But professor Shireen Al-Adeimi, a Yemeni who teaches at Michigan State University, contends the coalition's real motive was to gain control of the Bab el-Mandeb Strait, a maritime "chokepoint" through which millions of barrels of crude oil flow each day.

The Saudi war-makers anticipated a brief war, dubbing it "Operation Decisive Storm," and expecting to quickly overwhelm the rebellious fighters, called the Houthis. The rebels would be no match for the combined military strength of Saudi Arabia, the United Arab Emirates, and the seven other Arab countries in the coalition, who were collectively backed by the United States and the United Kingdom.

But the war dragged on for months, turning into a stalemate, with disastrous consequences for Yemeni civilians. The Saudis asked the United States for massive increases in the supply of weapons. By the end of 2015, Human Rights Watch documented, the U.S. had sold Saudi Arabia 600 Patriot Missiles, a million rounds of ammunition, $7.8 billion in various weaponry, four Lockheed Littoral Combat Ships, and 10,000 advanced air-to-surface missiles, including laser-guided bombs and "bunker busting" bombs.

Related Topic(s): Arming Saudi Arabia; Bombing; Disasters; Houthis; Military; Trump And Saudi Arabia; Women; Yemen Destruction, Add Tags
Add to My Group(s)
Go To Commenting
The views expressed herein are the sole responsibility of the author and do not necessarily reflect those of this website or its editors.