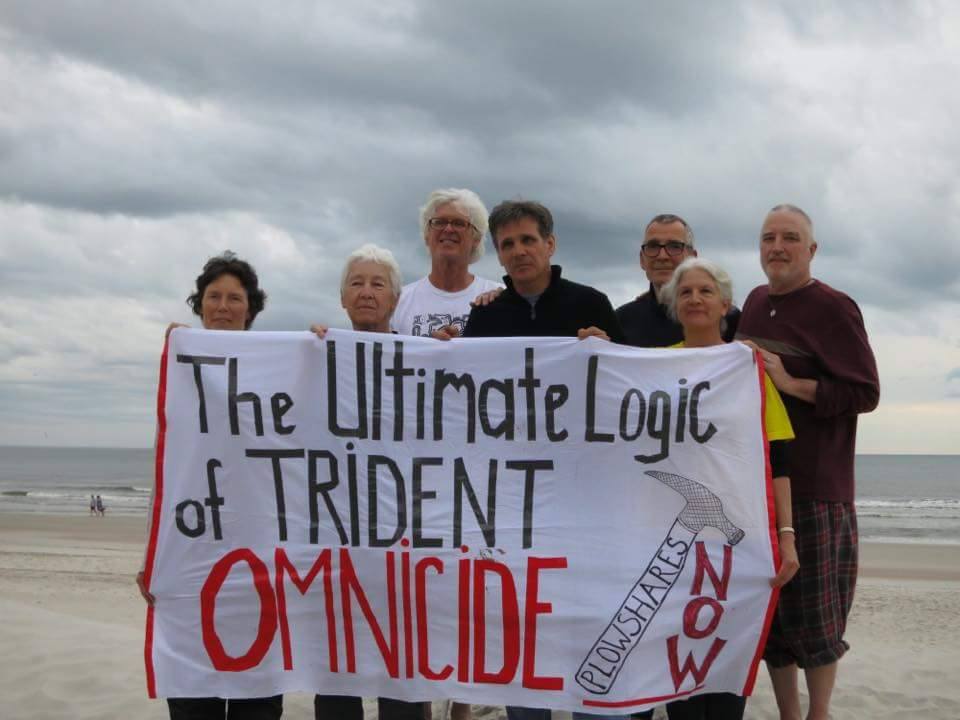 My friend Marianne Goldscheider, who is 87, suffered a broken hip in July, 2018 and then, in June 2019, it happened again. When she broke her hip the first time, she was running, with her son, on a football field. After the second break, when she fell in her kitchen, she recalls her only desire as she was placed on a stretcher. "I just wanted 'the right pill,'" she says. She wished she could end her life. Marianne says her Catholic friends, who live nearby in the New York Catholic Worker community, persuaded her not to give up. They've long admired her tenacity, and over the years many have learned from her history as a survivor of the Nazi regime who was forced to flee Germany. Recalling her entry to the United States, Marianne jokes she may have been one of the only displaced persons who arrived in the United States carrying her skis. Yet she also carried deep anxieties, the "angst," she says, of her generation. She still wonders about German people in the military and the aristocracy who knew Hitler was mad and, yet, didn't try to stop him. "When and how," she wonders, "do human beings get beyond all reasoning?"

Marianne is deeply disturbed by the madness of maintaining nuclear weapons arsenals and believes such weapons threaten planetary survival. She worries that, similar to the 1930s, citizens of countries possessing nuclear weapons sleepwalk toward utter disaster.

On April 4, 2018, several of Marianne's close friends from the New York Catholic Worker community became part of the Kings Bay Plowshares 7 by entering the U.S. Navy Nuclear Submarine base in King's Bay, GA and performing a traditional Plowshares action. Guided by lines from Scripture urging people to "beat their swords into plowshares and their spears into pruning hooks," they prayed, reflected and then symbolically disarmed the Trident nuclear submarine site. The Kings Bay is home port to six nuclear armed Trident ballistic missile submarines with the combined explosive power of over 1,825 Hiroshima bombs. One of the banners they hung read "The Ultimate Logic of Trident is Omnicide."

Referring to this sign, Daniel Ellsberg, who leaked the Pentagon Papers in 1971, said the banner "is exactly right." In an October 18 endorsement, he called their actions "necessary to avert a much greater evil."

In late September, the Catholic Bishops of Canada, alarmed over the increasing danger nuclear weapons pose, urged the Government of Canada to sign the Treaty on the Prohibition of Nuclear Weapons, adopted at the UN in 2017. The Canadian bishops issued their statement on September 26, the United Nations International Day for the Total Elimination of Nuclear Weapons. In it, they note the Vatican has already signed and ratified the Treaty. "The ashes of World War I and the centenary of its armistice," wrote Pope Francis, "should teach us that future acts of aggression are not deterred by the law of fear, but rather by the power of calm reason that encourages dialogue and mutual understanding as a means of resolving differences."

The seven defendants, in everyday life, practice nonviolence while serving people who are often the least cared for in our society. Like Marianne, I have known each defendant for close to four decades. They have risked their lives, safety and health in numerous actions of civil disobedience. When imprisoned, they write and speak of the cruel abuse of human beings and the racist, primitive nature of the United States prison-industrial complex. They've also chosen to visit or live in war zones, providing witness on behalf of people trapped under bombardment. They live simply, share resources and strive to help build a better world.

Nevertheless, beginning Monday, they will face serious criminal charges and potentially harsh sentences for their action at Kings Bay.

Marianne anxiously awaits their trial. "Why," she asks, "isn't there more coverage?"

One of the defendants, Rev. Steve Kelly, SJ, a Jesuit priest, referred to himself in a recent letter as "a tenuous voice in the wilderness." He further explained that he is among the wilderness of the incarcerated, "two and a quarter million folks comprising the human warehouses in the empire." Steve has been imprisoned in the Glynn County jail since April 4, 2018.

"And your presence today clearly demonstrates that while you can jail the resisters you cannot destroy the resistance. In this advent of our trial, we have a blue-ribbon legal team to whom I'm sure you'll show your own gratitude.

"This trial and the preliminary process represents the second phase of our witness. It is the Kings Bay Plowshares' attempt to continue with what began in nonviolence and hopefully without arrogance to convert the judiciary according to Prophet Isaiah 2:4. As these judges historically legitimize the nuclear idols, we anticipate the government's presentation of and the judge's likely approval of motions preventing the jury from hearing our defense. The mechanism is an in limine you'll hear more about that if you don't know already, but essentially it is, in the words of the late Phil Berrigan, a gag order."

Late in the afternoon of October 18, Judge Woods issued her long-awaited orders regarding testimony allowed in court. She will not allow testimony about the illegality of nuclear weapons, the necessity of civil disobedience, or individual motivations and personal faith. Fortunately, the many dozens of people filling the Brunswick, GA courtroom on October 21 will help communicate the essential evidence that won't be shared within the court. In alternative settings, such as over meals, during a Festival of Hope, and as part of a Citizens Tribunal, they'll discuss and eventually share reasons that motivated our friends to perform the Kings Bay Plowshares 7 action.

Related Topic(s): Canada; Catholic; Nonviolence; Nuclear Disarmament; Nuclear Weapons; Nuclear_insanity; People; Resistance, Add Tags
Add to My Group(s)
Go To Commenting
The views expressed herein are the sole responsibility of the author and do not necessarily reflect those of this website or its editors.