Published with permission from The Last American Vagabond. 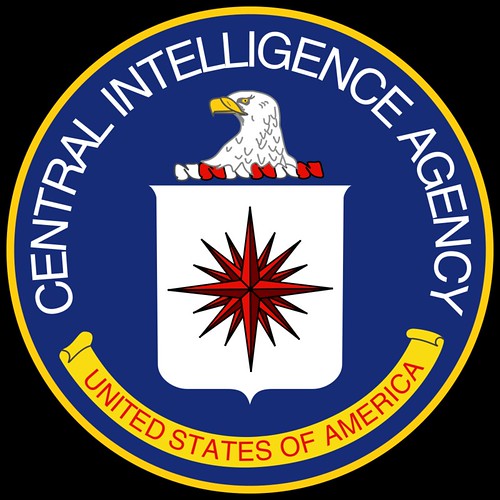 $6 billion in Covid-19 vaccine contracts awarded by Operation Warp Speed have been doled out by a secretive government contractor with deep ties to the CIA and DHS, escaping regulatory scrutiny and beyond the reach of FOIA requests.

Last Tuesday, while most Americans were distracted by the first US presidential debate, NPR quietly reported that the US government's Operation Warp Speed, a public-private partnership launched by the Trump administration to rapidly develop and distribute a Covid-19 vaccine, had taken the unusual step of awarding contracts to vaccine companies, not directly, but through a secretive defense contractor.

Though NPR named the defense contractor South Carolina-based Advanced Technology International they declined to explore the company's deep ties to the CIA, Department of Homeland Security, and the Department of Defense and how ATI is helping to lead those agencies' efforts to militarize health care and create a surveillance panopticon that not only monitors the world around us but our physiology as well.

The "secret" vaccine contracts awarded through ATI as part of Warp Speed total approximately $6 billion, accounting for the majority of Operation Warp Speed's $10 billion budget. Both Paul Mango, Health and Human Services' deputy chief of staff for policy, and Robert Kadlec, HHS assistant secretary for preparedness and response (ASPR), personally signed off on the contracts.

Operation Warp Speed, which officially involves the combined efforts of HHS and the military to deliver over 300 million Covid-19 vaccines to Americans by next January, is a highly secretive program dominated by military personnel, most of whom have no experience in health care or vaccine production. The Trump administration has often compared Warp Speed to the Manhattan Project, which produced the atomic bomb.

Several very unsettling revelations about the true nature and scope of Warp Speed, including the out-sized role of ATI, began to emerge starting last Monday. Yet, most of this new information was not covered by US news outlets due to the media frenzy surrounding the first presidential debate and the subsequent news that President Trump and several other politicians and White House officials had tested positive for Covid-19.

NPR noted that the decision to use a nongovernment intermediary like ATI to issue the coronavirus vaccine contracts, as opposed to the government itself directly awarding those contracts, allows Operation Warp Speed to "bypass the regulatory oversight and transparency of traditional federal contracting mechanisms." This means that, among other things, the vaccine contracts awarded under Operation Warp Speed are unlikely to be publicly released in the near future, if ever.

The report from NPR also noted that the Congressional Research Service reported just last year that using such intermediaries to award contracts can result in "significant risks, including potentially diminished oversight and exemption from laws and regulations designed to protect government and taxpayer interests." Proponents of this unorthodox way of issuing contracts, known as "other transaction agreements" (OTAs), often argue that utilizing this alternative method for awarding contracts significantly hastens the process. However, the Congressional Research Service also noted that the Department of Defense, which has been increasingly relying on OTAs in recent years, has never tracked the information necessary to determine if OTAs are actually faster than traditional contracting methods. This suggests that claims regarding the alleged "speed advantage" of OTAs are based on assumptions rather than data-based evidence.

Johnson & Johnson, Novavax, Pfizer, and Sanofi are among the companies that have received these covert vaccine contracts through the OTA authorized by Operation Warp Speed and managed by ATI. Many of these companies, particularly Johnson & Johnson, have been involved in scandals related to selling and marketing products they knew to be unsafe to the public. This makes the lack of oversight and their exemption from federal regulations (including safety regulations) an issue of concern regarding their participation in Warp Speed.

This concern is further compounded by the fact that, on September 21, HHS Secretary Alex Azar told FOX Business that all Operation Warp Speed vaccine manufacturers would be exempt from liability for any damages their vaccines may cause and that those who administer their vaccines would also not be liable for damages. "Under the PREP Act, which is a provision in Congress, any treatment or vaccine for purposes of a national emergency pandemic like this actually comes with liability protection. Both the product as well as those who administer it or provide it," Azar stated during the televised interview. The PREP Act that Azar referenced was originally signed into law in 2005 but was updated this past April, a few weeks before Operation Warp Speed was announced, so that vaccine and therapeutic manufacturers "cannot be sued for money damages in court" over injuries caused by medical countermeasures for Covid-19.

Notably, the architect of that controversial April update to the PREP Act, HHS ASPR Kadlec, is intimately involved in deciding who is awarded Operation Warp Speed contracts. STAT News reported last week, citing senior HHS officials, that Kadlec "personally signs off" on every business agreement made on behalf of HHS for Operation Warp Speed. In addition to his past activities in lobbying for intelligence and defense contractors, Kadlec also previously worked as a lobbyist for the scandal-ridden biodefense company Emergent Biosolutions, which is also a major player in Operation Warp Speed as well as the manufacturer of the controversial anthrax vaccine BioThrax.

Despite top HHS officials allegedly overseeing every single one of these business agreements, NPR was told by HHS that the department has "no records" of the $1.6 billion Operation Warp Speed contract with Novavax, which was awarded through ATI. This is a strange response given that HHS is supposedly the lead agency overseeing Operation Warp Speed, yet they somehow lack a copy of a massive vaccine contract at the heart of the operation. NPR also asked the DoD for a copy of the Novavax contract and have yet to receive a response.

At a press conference in mid-September, Lt. Gen. Paul Ostrowski, a key figure in Operation Warp Speed, told reporters: "With respect to the contracts, the contracts are between ourselves, the United States government and private entities, and they are releasable to an extent. Obviously everything cannot be released, but they are releasable to an extent and they will be made available at some point in time." Ostrowski declined to elaborate on when that "point in time" would be.

The Last American Vagabond was established to allow a free flow of information in regard to current issues that face the world. The focus being on many such issues that are purposefully and discreetly culled by those who stand to lose, either financially or professionally, due to their relevance. It is this site's primary objective to bring these issues to an open forum and or bring about awareness of these topics of paramount importance.

(more...)
Related Topic(s): Operation Warp Speed, Add Tags
Add to My Group(s)
Go To Commenting
The views expressed herein are the sole responsibility of the author and do not necessarily reflect those of this website or its editors.