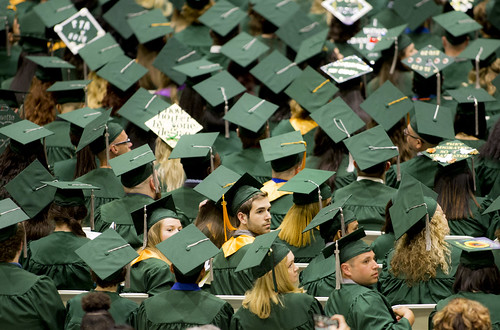 The children of working stiffs learned a brutal lesson this week as federal prosecutors criminally charged rich people with buying admission to elite universities for their less-than-stellar children.

The lesson is that no matter how hard you work, no matter how smart or talented you are, a dumb, lazy rich kid is going to beat you.

It's crucial that everyone who is not a wealthy movie star, hedge fund executive, or corporate CEO -- that is, 99 percent of all Americans -- sees this college admissions scandal for what it really is: a microcosm of the larger, corrupt system that works against working people, squashing their chances for advancement.

This system is the reason we cannot have nice things. Despite all that land-of-equal-opportunity crap, the rich ensure that only they can have nice things, starting with what they can buy legally and illegally for their children and rising through what they can buy legally and illegally from politicians who make the rules that withdraw money from the pockets of working people and deposit it into the bulging bank accounts of the fabulously rich.

When the mastermind of the elite university admissions scheme, William Singer, pleaded guilty this week, he exposed the launching pad available to the well-heeled to guarantee that their children will be well-heeled. Even after the wealthy pay for their heirs to attend prohibitively expensive private preparatory academies, their grades, test scores and extracurricular activities may not add up to enough to gain them entrance to Ivy League universities, from which a degree virtually assures an overpaid position on Wall Street, and with it, another generation of wealth accumulation.

Singer admitted he developed a work-around for the wealthy. The indictment revealed that, through Singer, parents handed between $15,000 and $75,000 to college entrance exam administrators to fabricate top-notch test scores for low-achieving offspring.

That lower amount -- $15,000 -- paid by the rich to pad SAT and ACT scores is a good example. It's a figure of trifling import to a one-percenter. It is, however, the entire year's earnings of a parent working full-time at the federal $7.25 minimum wage. That parent may have a child who received a perfect SAT score -- without cheating -- who has earned straight As, even in advanced placement classes, who excelled in soccer and served as class president. But that child of a minimum-wage worker won't get into Harvard because the rich kid took his place with falsified test scores and faked athletic achievements.

And the rich kid and his parents have the means to ensure that members of the next generation of the family have the same opportunity to cheat their way to the top and remain there. They have the money to buy just the right politicians, something that the perverse Citizens United and McCutcheon decisions by the U.S. Supreme Court facilitated. The right-wing court ruled that rich people and corporations could give unlimited money to elect politicians of their choice.

Politicians chosen by the rich have passed legislation in state after state intended to bankrupt labor unions, the very organizations that were so crucial to creating the middle class in America. Under the legislation, labor unions are forbidden to collect small fees from people who choose not to join. This weakens unions because they are required by federal regulations to provide services for all those who labor in a unionized workplace, whether they join the union or not. So what these politicians are doing is requiring unions to represent nonmembers for free. It has devastated labor organizations in some places, including Wisconsin. The result is lower wages and worse benefits for all workers because higher union-bargained pay pulls up all incomes in a region.

The logic here is simple: less for workers, more for fat cats.

Related Topic(s): Admission Fee; College Admissions; Economic; Inequality; Rich People; Universities; Workers, Add Tags
Add to My Group(s)
Go To Commenting
The views expressed herein are the sole responsibility of the author and do not necessarily reflect those of this website or its editors.