Good news beyond deadline signups: more people looking for better work, spending time with kids and making money for all 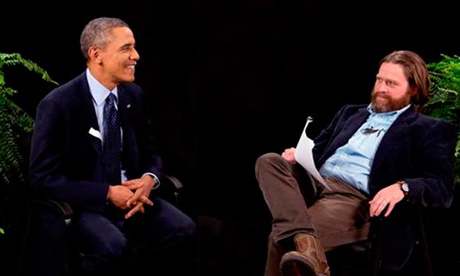 Copyrighted Image? DMCA
Today [31 March] is the last day for open enrollment at HealthCare.gov, and  it looks like  the administration will  end up close  to their initial target of signing up 7 million people, despite the difficulties with the website. This is good news: millions of Americans are getting coverage through the exchanges; millions more are getting insurance through the expansion of Medicaid.

But expanding health insurance to the uninsured was never the big story. The most important benefit of Obamacare is the security it provides to the tens of millions of people who already had insurance -- except that insurance, before the Affordable Care Act, was only as safe as their job.

This new security, which also extends to those who cut back their working hours, will only become more important as knowledge of the law and the exchanges increases over the course of the year. It could also mean those who keep their jobs could make more money as a result of Obamacare.

This under-reported advantage of the health laws was the basis for the projection in last month's widely cited report from the Congressional Budget Office (CBO) that the amount of labor supplied would fall by 2%. Based on a large body of evidence, CBO concluded that many people would opt to not work at all -- or work less -- if they didn't need to work a full-time job to get health insurance.

For example, parents of young children may choose to take time off work to be with their kids. Or they may just work part-time until their kids grow up. There are many older workers, especially those in bad health, who may make similar decisions. Before Obamacare, people with medical conditions would find the cost of insurance unaffordable. Now they will be able to pay the same rate as everyone else, and moderate income people will qualify for subsidies.

Here's the story you haven't heard enough: when more people opt to work less, wages are likely to rise. It's simple supply and demand -- a reduction in the supply of labor will probably lead to an increase in its price. The CBO report projected an increase in average hourly compensation of roughly 1% when the full labor market effects are felt.

And there is reason to believe that the gains could be even bigger. Here at the Center for Economic and Policy Research, we released an analysis just after the CBO report, looking at a cutback of eligibility for Tennessee's Medicaid program in 2005 -- essentially Obamacare in reverse. This appears to have led to a substantial decline in the wages of non-college educated workers in Tennessee. If that's the case, then a lot of workers can expect to see some wage increase as the effects of Obamacare are felt more broadly across the labor market.

Indeed, if Obamacare has that predicted effect on the labor market, we'll be able to see it happening in the months ahead.

Signal No 1: quit rate up = looking for a job without worrying about getting hit by a bus

First of all, we should see a rise in the quit rate -- or the percentage of people who voluntarily leave their jobs. In fact, there has already been some increase in the quit rate in recent months, though some economists have claimed this is due to an overly tight labor market.

The more plausible explanation is that access to health insurance outside of employment has made people more comfortable about leaving their job ... without having a new job that includes health insurance all lined up.

Signal No 2: part-time by choice = part-time with insurance

Look out for a decline in the labor force participation rate of older workers, people between the ages of 55 and 64, as more people retire early now that they can get insurance through the exchanges. There is also some evidence that employment growth among this group, which had been very strong the last four years, has been weakening in recent months, but we'll need more data.

Again, it's too early to say much from the data we have, but the early impacts of Obamacare are getting clearer as it passes the signup milestone: not just more people with insurance than had it before -- more people looking for better work, more people able to spend time with family, more people retiring when they want and, yes, maybe even some job creation.

Dr. Dean Baker is a macroeconomist and Co-Director of the Center for Economic and Policy Research in Washington, D.C. He previously worked as a senior economist at the Economic Policy Institute and an assistant professor at Bucknell University. (more...)
Related Topic(s): Obamacare; People; Retiring, Add Tags
Add to My Group(s)
Go To Commenting
The views expressed herein are the sole responsibility of the author and do not necessarily reflect those of this website or its editors.