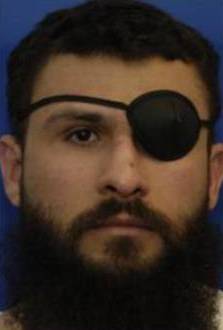 The US government has declared that the first-person account by Guantanamo detainee Abu Zubaydah of how he was tortured in a CIA prison is a classified document. In other words, the criminals who ordered the torture have stamped "TOP SECRET" on the eyewitness testimony of one of their victims.

The legal action involves an effort to make public the notes taken by defense lawyers for Abu Zubaydah, a US prisoner since 2002, held at Guantanamo Bay for the past nine years. The alleged al Qaeda member was waterboarded 83 times in one month and lost an eye under torture at a CIA secret prison.

"We submitted 116 pages in 10 separate submissions," Joe Margulies, lead attorney for Zubaydah, told Reuters. "The government declared all of it classified."

Margulies said that the attorneys had conformed to CIA classification rules, laid out in a January 2015 court filing, that permitted the release of "general allegations of torture," and "information regarding the conditions of confinement," but barred release of names of CIA torturers or identification of the location of CIA "black site" prisons in a half-dozen countries around the world.

The attorney told Reuters that he followed "the rule to the letter" and accused the CIA of trying to "guarantee that Abu Zubaydah never discloses what was done to him."

It was later revealed that, far from being the high-level al Qaeda operative, Abu Zubaydah was not even a member of the organization, but rather a low-level employee hired by Osama bin Laden to perform household duties.

Abu Zubaydah's torture is detailed in the opening chapter of the Senate Intelligence Committee's executive summary. According to the report:

The use of the CIA's enhanced interrogation techniques -- including "walling, attention grasps, slapping, facial hold, stress positions, cramped confinement, white noise and sleep deprivation"--continued in "varying combinations, 24 hours a day" for 17 straight days, through August 20, 2002. When Abu Zubaydah was left alone during this period, he was placed in a stress position, left on the waterboard with a cloth over his face, or locked in one of two confinement boxes. According to the cables, Abu Zubaydah was also subjected to the waterboard "2-4 times a day" with multiple iterations of the watering cycle during each application." (Senate report, p. 52)

The prisoner spent 266 hours, more than 11 days out 20, inside the "large" confinement box, which was coffin-sized. He spent a total of 29 hours, more than an entire day, inside the small confinement box, which was 21 inches by 30 inches by 30 inches. He was told that the only way he would leave the facility was in the coffin (p. 53).

After four years in CIA custody, Abu Zubaydah was transferred in 2006 to Guantanamo. He was wearing an eye patch to cover his completely destroyed left eye, although when captured in 2002, he had normal vision.

An article earlier this summer in the New Yorker posed the question, "What happened to Abu Zubaydah's eye?" The author, former New York Times correspondent Dexter Filkins, noted CIA claims that the prisoner had a pre-existing eye condition, then observed, "Being subjected to near-drowning, while naked and sitting in your own filth -- these are not exactly conditions conducive to healing."

Filkins noted an even more chilling possibility, writing, "In 2003, John Yoo, then a senior lawyer at the Justice Department, wrote a memo, now declassified, in which he said that 'to put out or destroy an eye' could be legal as long as no specific intent to cause the prisoner severe pain could be proved."

In the immediate aftermath of the release of the Senate Intelligence Committee report, the Obama administration released 27 pages of interview notes drafted by lawyers for another Guantanamo prisoner, Majid Khan, which described his torture in far more gruesome terms than had previously been known.

Patrick Martin writes for the World Socialist Website (wsws.org), a forum for socialist ideas & analysis & published by the International Committee of the Fourth International (ICFI).
Related Topic(s): Accountability; Obama Administration; Obama The Torture Hider; Torture; Torture Report; Zubaydah, Add Tags
Add to My Group(s)
Go To Commenting
The views expressed herein are the sole responsibility of the author and do not necessarily reflect those of this website or its editors.