While corporate media is drumming up anti-Russia hysteria about an alleged hack that "threatens national security", Col. Lawrence Wilkerson says so far it looks like the phony claims about WMD in Iraq. On theAnalysis.news podcast with Paul Jay.

President Trump seems to be in his death throes, flailing around, searching for a last-minute reprieve from returning to his far from normal life and a possible legal quagmire in the midst of raging COVID.

That doesn't stop the media from jumping on the anti-Russia hysteria train without, from what I can find, at least any evidence in the public domain, about who is responsible.

NBC News has a screeching headline, "Why the Russian Hack is So Significant and why it's close to a worst case scenario, ". "Experts say it's potentially the largest spying operation against the U.S. in history and it ran without being noticed for nine months,". Of course, all this plays into the Democratic and Republican Party's neocons playbook who are licking their lips at setting the new Cold War with Russia on fire, again. I'm not saying it wasn't the Russians, I don't know, but are we going to trust all this without any real evidence, again?

In the midst of all this, the Republican Party seems caught between Trump and some semblance of rationality, I think the rationality is losing, but their push towards austerity and a weak stimulus is actually the real threat, as it will not only exacerbate the COVID crisis, it will push the U.S. into a much deeper and painful recession.

So far, there's very little to suggest that Biden is building an administration that will stand up to either Wall Street or the Republicans. Now, joining us to talk about all this and more is Larry Wilkerson.

Thanks for joining us, Larry. 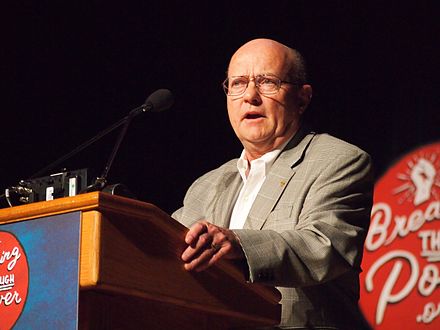 Good to be with you, Paul.

So where should we start? Well, why don't we start with the hacking thing? Let me ask you, I mean, you may have access to some information we don't have, but have you seen anything in the public domain that

Related Topic(s): Russian Hacking, Add Tags
Add to My Group(s)
Go To Commenting
The views expressed herein are the sole responsibility of the author and do not necessarily reflect those of this website or its editors.