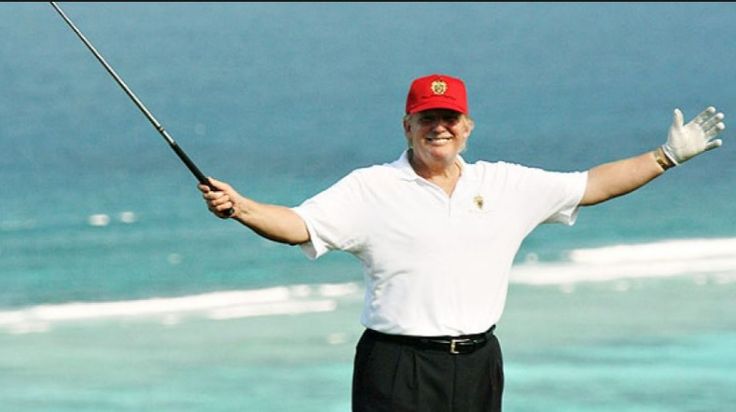 No, not out of the White House.

Like millions of septuagenarians, he's relocating to Florida because New York is just too damn expensive.

According to documents filed with the Palm Beach County, Florida Circuit Court, Trump completed a "declaration of domicile," changing his primary residence from 721 Fifth Avenue in Manhattan to his Mar-a-Lago residence in Palm Beach late last month.

But he hasn't declared residency there to be able to play more golf or enjoy the Florida climate.

Perhaps he's going because of the tax law he signed nearly two years ago that eliminates the previous deduction for state and local income or sales taxes, and caps the property-tax deduction to $10,000, cited as discriminatory towards 13 states, including New York, that paid more in federal taxes than they received in federal spending.

Or maybe it's because New York is assiduously pursuing the grift upon which Donald Trump has predicated his financial life.

"The court cannot square a vision of presidential immunity that would place the President above the law."

Related Topic(s): Cuomo; Donald Trump Tax Returns; Financial; Mar-a-lago; Move; Taxes; Trump Tax Cut; Trump Tax Returns; Trump Tax-cut Scam, Add Tags
Add to My Group(s)
Go To Commenting
The views expressed herein are the sole responsibility of the author and do not necessarily reflect those of this website or its editors.