If you don't keep on them once they're elected, you can be sure special interests will. 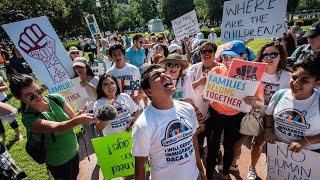 Sometimes we forget that the progressive movement's political goal is not just to elect good officials, but to enact good public policy.

From my eight-year experience as Texas agriculture commissioner years ago, I can attest that the second goal doesn't necessarily follow the first.

One major pledge of my campaign, for example, was to reduce pesticide poisonings of people and the environment. On taking office, though, I was swarmed by chemical lobbyists, governors, legislators, and other intimidating forces of the ag-poison complex, demanding that I "move to the middle of the road."

This onslaught was daunting, and my resolve wobbled... until farmworker advocates and environmentalists confronted me. A farmer friend scoffed: "Hell, Hightower, there's nothing in the middle of the road but yellow stripes and dead armadillos."

That perked me up. We rallied, pushed ahead, and delivered on my campaign promise.

I see three distinct steps for getting good policies from officials who mean well but might back away under pressure:

1. The movement itself must go inside with those we elect, providing aggressive public support to shore up the progressive agenda that lobbyists and big donors will pressure our new officials to water down.

2. We must confront our electeds when they drift, prodding them privately and publicly to be as bold as their promises.

3. We must ride the momentum of our election victories to push from inside and out additional proposals for long-term structural changes to democratize America's economic, social, and political systems.

Election Day ends the process for choosing good officials, but the next day starts the democratic process for gaining progressive policies. To "win," we must keep doing what brought us this far: Organizing, harmonizing, and mobilizing at the grassroots level.

Related Topic(s): Election; GrassRoots; Legislators; Organizing; Policies, Add Tags
Add to My Group(s)
Go To Commenting
The views expressed herein are the sole responsibility of the author and do not necessarily reflect those of this website or its editors.