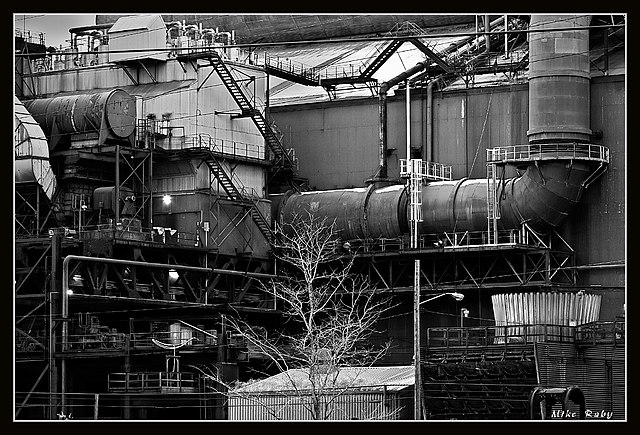 More than half a century ago, Congress passed the Trade Expansion Act of 1962. Since mid-April, US president Donald Trump has twice invoked one of the laws nearly forgotten provisions, ordering Commerce secretary Wilbur Ross to investigate the possibility that steel and aluminum imports "threaten to impair the national security."

If Ross says they do and Trump agrees, the law empowers him to "take such action, and for such time, as he deems necessary to adjust the imports of such article and its derivatives so that such imports will not so threaten to impair the national security."

For that reason, I can confidently predict that in the near future we'll see restrictions on the importation of aluminum and steel, in the name of, but not actually for the purpose of, enhancing "national security." In fact, those restrictions will have exactly the opposite effect.

Trade is one of the best guarantors of peace. Economist Otto T. Mallery perhaps overstated it a bit in saying that, "when goods don't cross borders, armies will." But it should at least be obvious that when goods DO cross borders, armies are less likely to cross those same borders. Merchants and customers who are happy with each other don't look for fights with each other.

If "national security" is just an excuse, what is the real reason? Why does Trump want to ban -- or at least drastically reduce -- steel and aluminum imports?

If you have to ask why, the answer is usually "money." In this case, it's "money and votes."

Trump's narrow victory in last year's presidential election came down to a few tens of thousands of votes from Rust Belt workers who believed he would "bring the jobs back." He wants to keep his promise -- or, at least, he wants to keep their votes for his party in 2018 and himself in 2020. He also wants the financial and political support of American companies benefiting from captive steel and aluminum markets.

But of course there's a catch. If American companies don't have to compete with foreign steel and aluminum producers, they can raise prices. Let's play a little game invented by 19th century French economist Frederic Bastiat. It's called "That Which is Seen, and that Which is Not Seen."

Not seen: The things you won't be able to buy because you're paying more for products made of steel and aluminum.

Donald Trump is buying the votes and support of American steel and aluminum (and timber -- he just slapped a tariff on the Canadian lumber that constitutes 1/3 of the American market) workers and employers. And he's buying those things with your money.

Related Topic(s): Imports; National Security, Add Tags
Add to My Group(s)
Go To Commenting
The views expressed herein are the sole responsibility of the author and do not necessarily reflect those of this website or its editors.