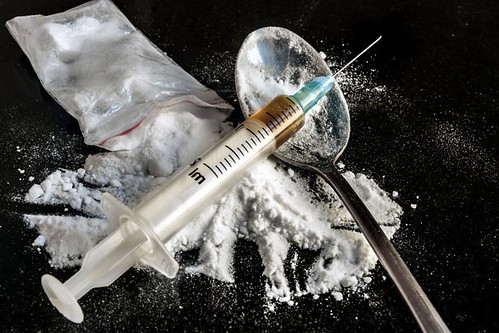 When Canadians support NATO, they are supporting ISIS and al Qaeda. They are also supporting international illicit drug trafficking, a source of covert funding for covert war crimes.

In Syria, the proxies are al Qaeda, ISIS, and their affiliates, commanded and controlled from NATO ships in the port of Alessandretta, plus Western special forces on the ground, beneath the cover of US State Department satellite war propaganda outlets located in Istanbul.[1]

Just as NATO soldiers might falsely believe that they are combating terrorism, NATO's ISIS/al Qaeda terrorists falsely believe that they are creating a "Caliphate". But the Caliphate Project[2]has always been a Washington Project, which weaponizes and grows "fundamentalist" ideologies to serve its military agendas. NATO ally Saudi Arabia, a brutal dictatorship that rules by decree and beheads its own people in public, has long been a fountainhead of Wahhabism.

The CIA has a long history of trafficking in illicit drugs to fund its covert operations. "Guns for drugs" operations were commonplace and well documented during the US-led dirty war against Nicaragua.[3]

It is not a coincidence either, that the opium trade in Afghanistan[4]has flourished since US-led invasion and throughout the criminal occupation.

The vast sums of public monies which are diverted to US-led NATO's criminal, global wars of conquest based on war propaganda, are necessarily not being spent on domestic public projects[5]. Hence, the entire war economy is also imposing death and destitution on large and growing segments of North American populations[6]. Political slogans of "self-reliance" and "austerity" are fronts that mask the reality that public funds are being misspent not only to perpetuate oligarch-enriching "neoliberal" diseconomies but also to fabricate consent for the public's own destitution.

If the Canadian public were to awaken itself and realize that NATO is NOT a force for good, and that it is endangering us all, then NATO-Exit strategies would have the broad-based support that they require.

[2] Washington's Blog, "The Caliphate Project, Made in America. Declassified U.S. Government Documents Confirm the US Supported the Creation of ISIS." Washington's Blog, 24 May, 2015, Global Research, 13 March, 2016. (https://www.globalresearch.ca/newly-declassified-u-s-government-documents-the-west-supported-the-creation-of-isis/5451640) Accessed 06 May, 2019.

Related Topic(s): Caliphate; Guns; NATO; Nato Expansion; Opium; Propaganda; Syria, Add Tags
Add to My Group(s)
Go To Commenting
The views expressed herein are the sole responsibility of the author and do not necessarily reflect those of this website or its editors.