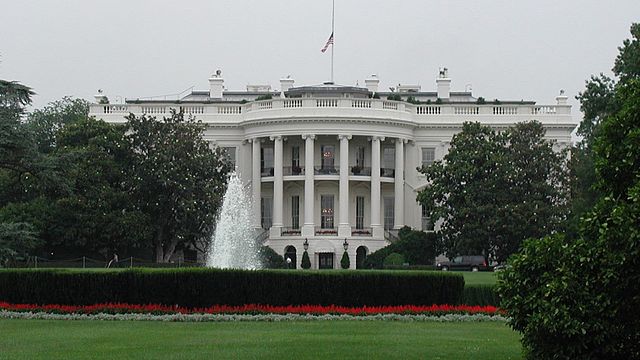 That hush money seems to be the excuse for the raids, but as the Washington Postreports, they are "part of an investigation referred by special counsel Robert S. Mueller III to federal prosecutors in New York ..."

Poor Mueller. After nearly a year as special counsel in the "Russiagate" probe, he has yet to accomplish either of his missions.

His putative job is to expose "Russian meddling" in the 2016 presidential election, especially with respect to possible collusion between the campaign of now-president Donald Trump and the regime of Vladimir Putin.

His real goal, of course, is to overturn that election by "getting" Trump on something -- anything will do -- that Congress can treat, and that the public will accept, as impeachable/indictable.

So far Mueller's secured indictments of a few Trump associates on charges having little or nothing to do with his overt mission, and of a few Russians for running an Internet "troll farm" that posted some cheesy social media ads. But he has yet to put real meat on his mandate and doesn't seem to be getting much closer to Trump himself than when he started.

Now he's hitching his wagon to Stormy Daniels's star. Why? There are two plausible reasons.

One is that he hopes to get Trump on something other than "collusion with Russia." Trump has publicly denied the affair with Daniels, and has also denied knowledge of Cohen's payment to Daniels. If he's lying, and if the payment violated any laws, proof of that might be enough to get impeachment proceedings rolling in Congress and move a grand jury to indict.

The other possibility is that Mueller is baiting Trump to fire him, something sure to be followed by the usual suspects crying "obstruction!" and "constitutional crisis!" then demanding Trump's head on a platter, and possibly getting it.

No one is likely to mistake me for a Trump supporter. I wouldn't be at all sorry to see him go. But there are larger and more troubling implications here.

If attorney-client privilege can be so casually breached versus the president of the United States, just how secure do you think it will remain for the rest of us?

And if this president is successfully removed, will there ever again be a presidential election that isn't immediately followed by an open-ended "find something, anything" probe like Mueller's?

The decline and fall of the American empire seems to be speeding up.

Related Topic(s): Donald Trump; Mueller Investigation; Russiagate; Trump Russia Connection, Add Tags
Add to My Group(s)
Go To Commenting
The views expressed herein are the sole responsibility of the author and do not necessarily reflect those of this website or its editors.