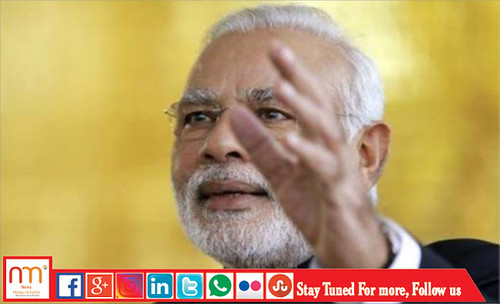 In an old Bollywood flick which starred my favourite actor Dilip Kumar, there's a scene towards the end: Shankar (Dilip Kumar), hitherto penniless but now Raja of Belapur, returns and asks his former master Ramesh (Pran) if he coud have the hand of Roopa (Waheeda Rehman) in marriage. Pran, now a virtually destitute, begins jumping up and down in disdain and contempt. He almost spits at Dilip Kumar and yells in his there-you-are moment: "Tum kal bhi bhikhari the, aaj bhi bhikari ho (You were a beggar then, you are a beggar now).

In political terms, today's Dilip Kumar is Bharatiya Janata Party (BJP), Pran is Congress and Waheeda Rehman is . BJP has bigger footprints on than Congress ever had in the last 50 years yet it seems to be seeking vindication all the time from the forces aligned against it. In this defensive frame of mind, it is steadily eroding its own plinth of authority, honesty and mass support. Its only time before it collapses in a heap.

BJP's Achilles' heel is its' mindset: It doesn't want to be seen as a Hindu rightwing party. Their philosophy is that Hinduism has always been all inclusive; that can't rise to its full potential without everyone putting in its shoulders; that it must not be seen at any time as an extremist, fascist force. Above all, it seems to seek approval from hitherto dominant class-- like Dilip Kumar sought from Pran in the movie.

And has this really earned BJP, one side of the polarization, the Hindu side? You must be joking. Hindus are fed up that their cultural space is shrinking; Right to Education or to temples isn't part of main discourse; that its brothers and sisters are being mercilessly slaughtered in Bengal, Kerala and in neighbouring Bangladesh; that bigger issues like Ram Janmabhoomi, Article 370 and punishing the corrupt politicians is no better than a mirage.

Damningly, if this is BJP why not Congress, is a question being asked by million of Hindu supporters.

BJP today needs to retain and grow its support base; bring the corrupt politicians to book and take its' information campaign to stratosphere. Let's first tackle the last-named issue around which the other two issues revolve.

The verdict is: BJP is losing it, if it has already not lost it. So far, independent foot soldiers, a handful like me, have responded to their conscience, either moved by the lies of Lutyens Media; a passion to revive our heritage; or to boot out Congress-Left which has kept India only notionally independent. Such foot-soldiers are aware of colonial powers who are working in the background through their global propaganda machinery and NGOs.

Noble as these foot-soldiers are, it's unlikely they can cope for long with forces which are well-funded and lack neither resources nor the surround noise. Websites like TheWire, Scroll, Huffington Post;; mainstream Lutyens' Media and their international extensions such as The New York Times, Washington Post, The Economist etc; along with entrenched academicians control the information matrix of our everyday lives.

BJP simply would have to activate its' muscular well-wishers and create a similar ecosystem. It would require funds, resources and an unshakeable will. It doesn't have to feel shy or apologetic about fighting the ideological war.

It could only happen if BJP is ready to gets its hands dirty. Not being apologetic or defensive. "Dharma" must prevail even if Dronacharya, Bhishma, Karna or Duryodhan are seen being taken down by deception.

Perception is all. Today, after winning 19 states, BJP is seen as loser. While a party with 44 Lok Sabha and with a leader who loses every single election despite the local crutches is being hailed as a winner. Why, even Manmohan Singh seems to have found his voice.

Today, millions of BJP supporters are unsure. It's because in two sides of a story, its only the Congress story which is reaching the masses. Millions are unsure if in BJP they are supporting the right party. It's for BJP to be firmly in front of this ideological war.

Related Topic(s): Fascist; Hindu Mahasabha; Hinduism; Modis India Speech; NGOs; Polarization; Politicians, Add Tags
Add to My Group(s)
Go To Commenting
The views expressed herein are the sole responsibility of the author and do not necessarily reflect those of this website or its editors.