From Behind the Curtain 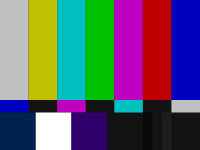 You've heard of them, no doubt, the U.S. rulers who can't rule too well and are always getting surprised by events or fed bad advice by their underlings. Their "mistakes" are always well intentioned. They stumble into wars through faulty intelligence. They drop the ball because of bureaucratic mix-ups. They miscalculate the perfidy of the elites whom allegedly they oppose while ushering them into the national coffers out of necessity since they are too big to fail. They never see the storm coming, even as they create it. Their incompetence is the retort to all those nut cases who conjure up conspiracy theories to explain their actions or lack thereof. They are innocent. Always innocent.

They and their media mouthpieces offer Americans, who are most eager to accept, what Lutheran pastor and anti-Nazi dissident Dietrich Bonhoeffer, executed at age thirty-nine by Hitler, called cheap grace: "Cheap grace is the grace we bestow on ourselves. Cheap grace is the preaching of forgiveness without requiring repentance""

These incompetents are, in the immortal words of the New York newspaper columnist Jimmy Breslin, "The Gang Who Couldn't Shoot Straight."

Except they could and can.

As another dissident thirty-nine-year-old pastor, executed by the American state, Martin Luther King, Jr. said: "Nothing in the world is more dangerous than sincere ignorance and conscientious stupidity."

The U.S. rulers have their defenders. Most are corporate mainstream journalists whose jobs are to defend the ruling elites of both political parties. They will criticize across the political divides depending on their organizations' political leanings at the moment. But they will never attack the fundamentals of the oligarchic war system since they are part of it. Their jobs depend on it. So CNN and The New York Times will obsessively attack Trump while Fox News will do the same to Obama or Biden. This is a game.

These days such massive media conglomerates are seemingly starkly divided and basically serve as adjuncts of one political party or the other. They are essentially political propagandists for either the Democrats or the Republicans and have abandoned any pretense to be anything else. They speak to their respective audiences in self-enclosed vacuums. They promote the divide that runs down the middle of the USA, a divide they helped to create.

Some have argued that this radical division of the media turf is because of economic and business factors; that the media organizations and their "journalists" have seen this strategy as the path to greater profits. There is probably some truth in this. But it is a small part.

For all sides of the corporate media serve the same overarching political function: to divide and conquer the population; to set the so-called left against right; middle America against the east and west coasts; white against black; working class against middle-class; men against women; husbands against wives, etc. To keep people, who in reality should be allies, fighting with each other. It is a classic strategy of divide-and-conquer that is carried out by the mainstream media pursuant to their unstated mandate. It is not an accident and has been conducted with a vengeance in recent years.

And crucially, it is anchored in the false premise of the myth of left vs. right with a reasonable center somewhere between. Such a center has never existed. While left and right might once have been useful categories, they have long since outlived their usefulness. They now just serve to engender pseudo-debates.

Related Topic(s): Media, Add Tags
Add to My Group(s)
Go To Commenting
The views expressed herein are the sole responsibility of the author and do not necessarily reflect those of this website or its editors.