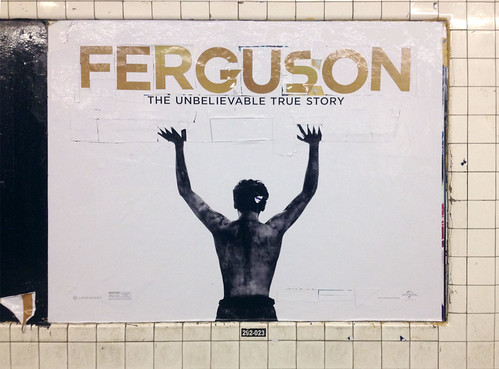 Nothing has changed
(Image by Poster Boy NYC)   Details   DMCA

I know the heading of this post sounds impractical, racism after all, infects all whites (and blacks) to some degree or another. Try as we might in all our roles (parents, teachers, politicians, job supervisors, etc.) racism is so heavily conditioned in our society that there is no way to fully escape its taint. And we certainly have tried as a society, from emphasizing racial diversity in business and government hiring, too.

But having allowed for conditioning, along with the efforts of big-city police forces to hire more blacks and install black police supervisors, it is clear that more needs to be done.

The murder of George Floyd by a white Minneapolis police officer is yet another outrage in a seemingly endless series of such outrages going back many decades. Heck, the plot of my novel, "Gouster Girl," which is set nearly 60 years ago, revolves significantly around a case of racial abuse by Chicago police. And even at that point, in the early 1960s, our nation had a long history of abuse by white cops against black men and women.

Each time these outrages occur, there is all kinds of hand-wringing about what can be done to stop them. There are calls for whites to become more racially sensitive and aware of "white privilege." There are calls for more effective prosecution of the police perpetrators.

But I recently heard a suggestion on a radio call-in program that made more sense than any of it. A guest on the program pointed out that the Minneapolis cop who killed Floyd, Derek Chauvin, had 18 complaints against him over his 20 year career, at least some related to his aggressive and racist policing behavior. The caller pointed out that major airlines wouldn't keep on a pilot with even a few complaints about drunkenness or reckless flying. In fact, the airlines try hard to weed out such problem pilots before they even get the opportunity to go into the cockpit.

Isn't policing at least as demanding as flying a jet plane, the caller wondered? After all, a screw-up in the cockpit can easily lead to needless death and destruction.

The pervasiveness of social media makes it easier than ever to spot racist police applicants. Any hint of racism in terms of the organizations an applicant has been involved with or statements made on Twitter or Facebook should work against hiring a particular individual. Once an individual is hired, possible racism should be monitored early on; many police forces have a probationary period of up to a year for new recruits, when they can be let go without possible intervention by police unions. Beyond that, even a small number of complaints, such as for racial profiling in police stops of people of color, should prompt serious investigation, well before 18 complaints.

Before any of this can happen, the white power structure in each city needs to make the commitment to taking racist police behavior seriously. This is a big shift, because up till now, even with diversity programs, the power structure has remained committed to backing its police no matter what. That's why it is so difficult to gain convictions in cases like that in Minneapolis where police misbehavior is clearly demonstrated.

The power structure in each city needs to make the commitment to policing standards of excellence, with adequate oversight, that includes zero tolerance of racist behavior. It's not rocket science, and it's been done to combat police corruption, with most forces having internal police groups that monitor their brethren for hints of payoffs. Demands for excellence and accountability, with threats of losing a job that in most cities provides excellent benefits and guarantees a generous pension, counts for a lot. It's all a matter of commitment.