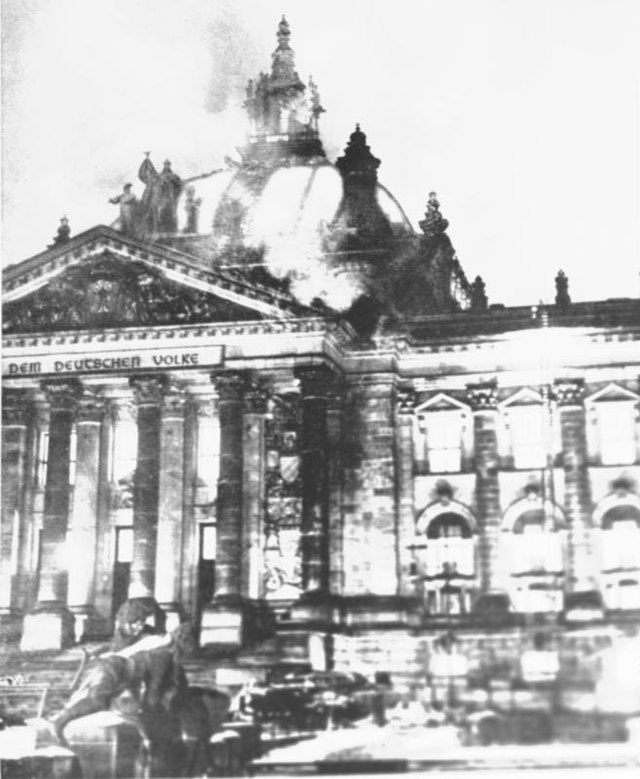 As the child of Holocaust survivors and a chronicler of a family memoir, I've long been obsessed with understanding how Adolph Hitler catapulted to power. Shortly after Donald Trump's nomination as the Republican nominee, I described the eery similarities between his campaign tactics and the Nazi party election campaigning leading up to Hitler's appointment as Chancellor in January 1933.

Now, after a year in office, Trump's international belligerency and war on American institutions continues to parallel Hitler's behavior in 1933 in important ways. For example:

*Before his first year was out, Hitler had taken Germany out of an international disarmament agreement and the League of Nations, not unlike Trump's withdrawal from the Paris Accords on climate change and the Transpacific Treaty.

*Hitler was relentless in his scapegoating of "communists" and Jews, not unlike Trump blaming immigrants from Mexico and other "shithole" countries for criminal activity and stealing American jobs.

*Hitler had no use for an independent media, and set up an office of propaganda in 1933 to strictly monitor and control what German news media put out. Trump hasn't made it that far, but is relentless in his browbeating of the media for "fake news",

*Just as Hitler went after his political enemies as "traitors," so has Trump begun labeling Democrats who didn't clap for him at the State of the Union as "treasonous."

Despite the parallels between Trump and Hitler, there's one early brutal Hitler milestone that has so far eluded Trump--what I would refer to as his "Reichstag-fire moment." This would be Trump's excuse to grab much greater authoritarian power than he has now. And the pressures of the Russia investigation may be bringing that moment much closer.

In the annals of modern authoritarian power grabs, Hitler's ruthless consolidation of power following the Reichstag fire in February 1933, barely a month after he was named Chancellor, is probably the standard bearer. He blamed the fire, which destroyed the German parliament, on "communists," even though the Nazis likely carried it out. In the Nazi fear mongering that followed, Hitler ordered an end to freedom of the press and assembly, and had hundreds of academics, labor unionists, and other real and imagined opponents arrested.

Hitler's model for leveraging crisis to grab power has become ever more popular among tyrants worldwide--it was used by Vladimir Putin, who vaulted to Russia's presidency from his position as prime minister in 1999 by blaming Chechens for a series of Moscow apartment bombings that likely were carried out by Russian intelligence services. Turkey's prime minister, Recep Tayyip Erdogan, used a clumsy failed coup in 2016 as an excuse to round up thousands of real and imagined opponents and weaken Turkey's democratic institutions enough that he has assumed nearly absolute power.

Now, the highly combustible Republican intelligence memo, suggesting improprieties by the FBI and Justice Department in investigating Trump's possible connections to Russian influence in the 2016 election, could well become Trump's Reichstag-fire moment. In this analogy, the memo becomes a dangerous threat used to blow up both the FBI and Justice Department, leading to greater direct control of both by Trump.

Through his incessant critical Tweets of both the FBI and Justice Department, the President laid the groundwork for possible next steps: replacing key people responsible for the special prosecutor's supposedly botched investigation. In other words, a purge of the FBI and Justice Department. One scenario: the current head of the FBI, Christopher Wray, along the assistant attorney general Rod Rosenstein, would be replaced by individuals understood to be "loyal" to the President, as he puts it.

Then, the Mueller investigation could be declared tainted, and either disbanded or rendered moot by Presidential pardons to all those indicted.

These actions, or some variation, could yield a trifecta for Trump: he wouldn't have to worry about the consequences of the Russia investigation, he'd be free of top law enforcement officials preaching such craziness as the rule of law and allegiance to the U.S. Constitution, and most important, he'd have unfettered control of America's national police force and political prosecuting authority. While Hitler came to power with the Nazi party and its brown-shirt enforcers of more than 400,000, Trump has no such enforcers. He would love to use the FBI and Justice Department as he sees fit, such as to investigate and seek indictments of political opponents, to arrest real and imagined enemies, and even to interfere with elections. In other words, as his secret police.

For those who oppose Trump's methods and are looking forward to elections next November for possible redemption, it's well worth reviewing the rest of the Reichstag-fire events. Once Hitler leveled the Reichstag and began rounding up political opponents, he fomented a huge amount of fear about the communists, in preparation for a national election just days later, in March 1933.

Here is how William Shirer in The Rise and Fall of the Third Reich, described that vote: "On March 5, 1933, the day of the last democratic elections they (the German people) were to know during Hitler's life, they spoke with their ballots. Despite all the terror and intimidation, the majority of them rejected Hitler."

Related Topic(s): Dangerous; Democrats; Election; Hitler; Pardons; Trump Against Climate Change; Trump And Putin; Trump Attacks Media; Trump Dossier; Trump Russia Connection; (more...) Tyranny, Add Tags  (less...)
Add to My Group(s)
Go To Commenting
The views expressed herein are the sole responsibility of the author and do not necessarily reflect those of this website or its editors.