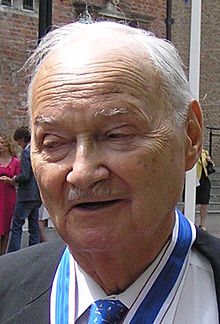 According to such Great Reset luminaries as Bill Gates, Prince Charles, Michael Bloomberg, Mark Carney, and the World Economic Forum's Klaus Schwab, humanity is expected to solve the dual threat of COVID and global warming in one revolutionary sweeping reform.

We plebeians have been told that all we have to do to restart the economy is rewire everything about our behaviour, value, finance, and ethics in order to decarbonize civilization under a new world regime of central bankers and new green digital currencies as outlined by the World Economic Forum's Green Horizon Summit from Nov 9-10, 2020. It was at this event that keynote speaker Mark Carney announced that the total net zero transition represents "the greatest commercial opportunity of our time."

Under this global reform, we are told that the financial system must be re-wired to fund windmill farms, biofuels and solar panels using green bonds, green finance indices, and green digital currencies. The fact that these energy sources not only raise the costs of electricity while abysmally reducing the powers of production of nations does not seem to bother any of these apparent WEF alphas of capitalism extolling the virtues of our green post COVID order.

And so, a question must be asked: IF money drives capitalism, why have trillions been spent over the past decades to fund "green" activities which inherently undermine the basis of capital creation (ie: infrastructure and industrial production)? Why has the "capitalist west" destroyed itself undermined itself over decades? And why would those managing the unipolar order wish to accelerate that self-destruction on turbo drive under a Great Reset? Is it folly or something more insidious?

Since the 1971 floating of the U.S. dollar on the global markets, and the 1973 creation of the Petro dollar, the world has experienced a consistent collapse of productive manufacturing jobs, infrastructure investment, an long-term planning on the one hand and a simultaneous increase of de-regulation, short term speculation, and low-wage retail jobs on the other. During this post 1971 process of decline, debt slavery became a norm both in developed countries and developing sector nations alike, while outsourcing caused the castration of national sovereignty and an ever greater reliance on "cheap labor" and "cheap resources" from abroad.

Some have called this collapse "a failure of globalization". Executive Intelligence Review's Latin American Desk Editor Dennis Small has repeatedly stated over many years that this characterization is false. Globalization should rather be seen as a complete success- in that when it is viewed from a top-down perspective, it becomes increasingly clear that the architects of this policy achieved exactly what they set out to do. That intention was to impose an artificial closed/zero-sum game paradigm upon a species whose distinguishing characteristic is its creative reason and the capacity for constant perfectibility both on the earth and ever more so beyond.

In my last article "British Hand Behind the Coup" two leading upper level controllers of the empire managing the destruction of the USA were examined: Lord Mark Malloch Brown and George Soros. In this essay, I would like to take the time to investigate a third figure whose 2015 death may have prevented him from participating in the current coup, but whose life's work still animates world events more deeply than you probably imagine.

Despite having died in 2015, Strong's life and legacy provide the modern reader a powerful, albeit ugly insight into the methods and actions of the British-Deep State agenda that so mis-shaped world history through the latter half of the 20th century.

While impeccable research by historian Elaine Dewar (author of Cloak of Green-1995) showcased Strong's role as a recruit of Rockefeller assets in the 1950s, an oil baron, vice president of Power Corporation by 30, Liberal Party controller, Privy Councillor, and founder of Canada's neo-colonial external aid policy towards Africa, we will focus here on the role Strong has played since 1968 in subverting the pro-development potential of Canada and the world at large. It was through this post-1968 role that Strong became the godfather of the modern environmental movement, created the United Nations Environmental Protection Agency (UNEP) and worked closely with Mark Malloch Brown as his special advisor and later Soros in the creation of a new post-nation state world order.

Strong and the Roots of the Great Reset

In 1992, Maurice Strong had been assigned to head the second Earth Summit (the first having been the 1972 Stockholm Conference on the Human Environment also chaired by Strong).

The Rio Summit had established a new era in the consolidation of NGOs and corporations under the genocidal green agenda of controlled starvation masquerading behind the dogma of "sustainability'. This doctrine was formalized with Agenda 21 and the Earth Charter, co-authored by Mikhail Gorbachev, Jim MacNeill and Strong during the 1990s. At the opening of the Rio Summit, Strong announced that industrialized countries had "developed and benefited from the unsustainable patterns of production and consumption which have produced our present dilemma. It is clear that current lifestyles and consumption patterns of the affluent middle class, involving high meat intake, consumption of large amounts of frozen and convenience foods, use of fossil fuels, appliances, home and work-place air-conditioning, and suburban housing- are not sustainable. A shift is necessary toward lifestyles less geared to environmentally damaging consumption patterns."

In a 1992 essay entitled From Stockholm to Rio: A Journey Down a Generation, published by the UN Conference on Environment and Development, Strong wrote:

"The concept of national sovereignty has been an immutable, indeed sacred, principle of international relations. It is a principle which will yield only slowly and reluctantly to the new imperatives of global environmental cooperation. What is needed is recognition of the reality that in so many fields, and this is particularly true of environmental issues, it is simply not feasible for sovereignty to be exercised unilaterally by individual nation-states, however powerful. The global community must be assured of environmental security."

MATTHEW IS A JOURNALIST AND THE EDITOR-IN-CHIEF OF CANADIAN PATRIOT.  He is a CO-FOUNDER OF THE RISING TIDE FOUNDATION. HE IS REVIEW, SENIOR FELLOW AT THE AMERICAN UNIVERSITY OF MOSCOW AND BRI EXPERT FOR TACTICAL TALK. MATTHEW HAS (more...)

Related Topic(s): Maurice Strong, Add Tags
Add to My Group(s)
Go To Commenting
The views expressed herein are the sole responsibility of the author and do not necessarily reflect those of this website or its editors.

Maurice Strong and the Roots of the Great Reset Agenda