"Let's take Trump at word," you say? What? When as of March 3, 2019, in 773 days the President had made 9014 "false or misleading claims ?" Well, yes. We all tell lies, or at least fibs, from time-to-time, don't we? And the President is entitled to his. Some might argue that he is not entitled to such a large number, especially since, by title at least, he is President of the United States. Others might argue that he does not act in office like any of his predecessors, and thus not does not really deserve the title of "President." Also, by the popular vote total, he lost the election. But by that peculiar provision of the U.S. Constitution, which is indeed the product of what used to be called the Peculiar Institution, that is the Electoral College, he is the President, at least in name. And so. Let's for once give him the benefit of the doubt.

And let's then say, as the premise of this column that everything that is going on in terms of investigations of the President is one big "Hoax" and one big "Witch-hunt." By "hoax" presumably he means that there's nothing to see there. That it's all made up. And by "witch-hunt" presumably he means that his opponents are going after him not because of anything he's done that's criminal (or at least dicey for someone who holds the office of the President) but because of who he is and what he stands for.

The last time we had a true political witch hunt in this country was during the McCarthy Era when tens of thousands of people had their lives materially changed --- for the worse --- because of their beliefs (left-wing of one sort or another), not because of anything they did. Trump surely doesn't know this history and thus doesn't know that he is completely mis-using the term. But again, for the sake of the argument for this column that is way besides the point. He has given the term his own meaning and his followers, as well as the Propaganda Channel(as dissected by The New Yorker's Jane Mayer and discussed in this space last week), have stayed right with him. In fact, the role of Fox has been critical in maintaining Trump in the Presidency. 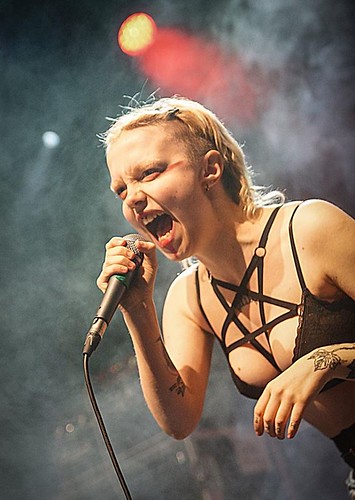 But OK, Mr. Trump. Let's say that there is no truth in any of the charges, indictments, guilty-pleas, and criminal convictions which have been brought against you (for you it is just charges, indirectly so far) and members of your administration and campaign team. We would just love to know how you would intend to go about handling the following items, showing the U.S. people and indeed the world, just how false they all are. The list is not exhaustive, because we don't want to exhaust you.

I. The convictions or admissions of guilt, for everything from perjury to false statements to Congress or the FBI, to tax fraud, either on your behalf or somehow connected directly or indirectly, to a Trump activity/interest: George Papadopoulos, Mike Flynn, Mike Cohen, Paul Manafort, Mike Cohen, Rick Gates. There are surely explanations as to why those are in the "Hoax/Witch-hunt" category, no?

II. The evidence, from Mike Cohen and potentially others (like Felix Sater and Alan Weisselberg) that you were negotiating for a Trump Tower Moscow deal during the Presidential Campaign and even a bit after it, when you were telling the U.S. electorate that you had "no business with Russia." There are surely explanations as to why those are in the "Hoax/Witch-hunt" category, no?

III. As best as we can make out, according to the Internal Revenue Service, "under audit" is no impediment to releasing one's tax returns. Surely you have nothing to hide in them, do you? So if that's the case, why not just go ahead and release them? And why, if every other President and Presidential candidate in the modern era has released theirs, and surely you do have nothing to hide in them, why would it be playing into the "hoax" for you to release yours?

IV. On that famous "Trump Tower meeting." We don't yet know whether or not you knew about for sure (although surely, if Don Jr. didn't report on it to you that would likely be the only time something significant happened at a meeting involving either your business and that campaign where he didn't report to you), but why would it be "hoaxy," again if there is nothing to hide (like breaking the law by working with a foreign power in rean election --- let's just not use that loaded term "collusion"), just to satisfy everyone who wants to know just what went on in it --- given that of course noting illegal, potentially illegal, or unethical took place

V. As for the payoffs to Karen McDougal and Stephanie Clifford, again one wonders why it is "hoaxy" to look into them and to try to find out if you had any direct connection with them (like those checks to Mike Cohen seem to indicate that you did). It would seem that if you didn't know anything about them and that Mike Cohen did the deeds on his own, you would want to establish that. Again, why would doing so be playing into a "hoax," when there are those checks sitting out there?

VI. According to a variety of witnesses, you sub-borned perjury to Michael Cohen. If there is substantiated evidence that you indeed did that --- which surely you could contradict, no? --- why would bringing it forward constitute a hoax?

VII. Violations of campaign finance laws. See the Karen McDougal and Stormy Daniels cases. Again, either you did or you didn't. And yes, if you didn't and could prove it despite those checks, that one could be defined as a hoax.

VIII. And then we get to the tax fraud (understating your assets/income), bank fraud (overstating your assets, see Deutsche Bank, and oops, they will shortly be turning over records to several different agencies), and insurance fraud (overstating the value of property lost) --- all according to Cohen at least, and he does claim to have documentation --- assuming that none of those matters lead to you, one could guess that all those charges amount to a hoax, that is if you conclusively prove them all false (in spite of the documentation that Cohen claims to have --- and has delivered to a variety of authorities).

IX. Money-laundering. Again, see Deutsche Bank, which has already paid $630 million in fines for laundering Russian money from various sources. They have been your principal bank for quite some time -- that is since the US banks stopped lending to you following the Atlantic City bankruptcies --- and again they are turning over records. Depending upon what those records show on a possible relationship between you and money laundering (which, you may or may not know, is illegal), the whole thing could be defined as a "hoax" --- or not.

Steven Jonas, MD, MPH, MS is a Professor Emeritus of Preventive Medicine at StonyBrookMedicine (NY) and author/co-author/editor/co-editor of over 35 books. In addition to his position on OpEdNews as a "Trusted Author," he is a Senior Editor, (more...)
Related Topic(s): Convictions; Fraud; Giuliani Rudy; Hoax; Indictments; Perjury; Take Trump Down; Trump Adultery; Trump Answers Mueller Questions; Trump Apologists; (more...) Trump Bully In Chief; Trump Dossier; Trump Family; Trump Lawyers; Trump Nightmare; Trump Tax Returns, Add Tags  (less...)
Add to My Group(s)
Go To Commenting
The views expressed herein are the sole responsibility of the author and do not necessarily reflect those of this website or its editors.