In the light of the publication of Jane Mayer's very important article, "The Making of the Fox News White House" in The New Yorker, I thought that it might be useful to revisit a column that I published on the same subject in the former on-line newsmagazine BuzzFlash. (Founded by my friend Mark Karlin in 2001, it was one of the earliest journals of its kind.) The column is focused on both the then in-formation "Tea Party" and the role of what I then called the Fox "News" Channel in making it a political reality. The Fox"News" role in promoting the Far Right hasn't changed. (Actually, with Fox' strong assistance, there is no other "Right" in the U.S.) In fact, Jane Mayer shows us how Fox' role has gotten more intense. 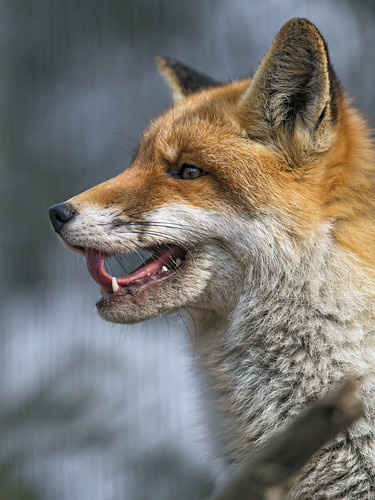 Just like .Fox.News: Ready to bit.
(Image by Tambako the Jaguar)   Details   DMCA

Also, Republican politics haven't changed much. Driven by what I for years have called the Right-Wing Imperative, it has just continued to go further in that direction. For the most part, Trump himself has just gotten rid of the dog-whistles. That is important to be reminded of as Trump is confronted and the battle against him and what he stands for becomes evermore intense. And after all, two of the leaders of the original "Tea Party" (see just below, now called the buffed up "Freedom Caucus") occupy key positions (for which they are uniquely unqualified) in the Trump Administration: Mike Pompeo at State and Mick Mulvaney, Budget Director and also Acting Chief of Staff.

Secretary Pompeo at the Inauguration Ceremony of Brazilian President Jair Bolsonaro. .Oh boy,. he says, licking his chops. .Another Trump, just where we need him..
(Image by U.S. Department of State)   Details   DMCA

The original column, entitled "Death and Taxes," was published towards the end of April, 2009. Since some time ago BuzzFlash changed its URL system and I don't have the updated one for my column, I cannot find it on-line. But trust me, it was there. I wrote it in early 2009, as the Republican to-be-unaltering opposition to the Presidency of Barack Obama was beginning to take shape. And the Repubs. now complain about Democratic opposition to Trump. Oh my. How soon so many folks forget. And so, for a reminder, a bit edited here and there, here goes.

Oh those "tea parties." They just go to show you how much publicity you can get for a cause that troubles not very many people when you've got a powerful Privatized Ministry of Propaganda behind you. And boy, was the Fox "News" Channel there for several weeks running up to the event. They ran both paid and unpaid ads for it incessantly. The main line? The Republican mantra that has been tried-and-true since the time it first worked in the battle over "Prop. 13" in in 1977. That was the one that slashed funding for education in under the guise of "cutting your taxes."


At the time, no one mentioned what the reductions in state and local revenue would do to education in the state or the fact that the bulk of the cuts would go to businesses, not individuals. But it did solve the problem that the so-called "small government" Republicans had. (Of course, the GOP is for "small government" for anything smacking of national domestic spending, not small government for matters ranging from freedom of religious belief as to when life begins to not supporting a mountainous military-industrial complex.) Barry Goldwater, the Repub. Presidential nominee in 1964 did try running against specific programs. He found that that didn't work. But when his successors discovered running "against taxes," away they went.

They have riding that train ever since, principally because the Democrats could never figure how to counter them. That is, the neoliberal/Democratic-Leadership-Council/Clinton-Gore-Biden Dems. never figured it out, because it was not in their interest in doing so. Now that the Democratic Party is in part at least returning to its New Deal roots, many in its leadership are running on programs, which of course to this observer is a good thing. But the DLCers never got the hang of it. Most likely because they didn't really want to. After all, it was President Clinton who, in his first State of the Union message to Congress, announced that the "era of big government was over" [a subject I considered two weeks ago]. Nevertheless, "cutting taxes" has worked so well for the Republicans, since the time of Reagan. So why not stick with it?

Never mind that the result of the Bush tax cuts, as every reader of BuzzFlash knows, was to vastly increase the Federal deficit, cripple major sectors of the Federal government's operating departments, and vastly increase both the income and the wealth gaps between the very rich and the rest of us. [Man. Does that sound familiar or what?] But, poor things (and poor us as well), they've got nothing else to offer. The Frums, Brookses, Buchanans, and Scarboroughs call upon the Republicans to "come up with new programs" to "re-invent themselves" to "offer serious alternatives to what Obama is doing." [It is interesting to note that three of those four have become prominent "never-Trumpers," while Buchanan has for most part disappeared.] But the only serious alternatives to the President's (that is Obama's) economic, health, environmental, and education policies are being offered by the Left, not the Right. And so, they are left with (sorry, Tommy Heinrich) old reliable: "cut taxes." 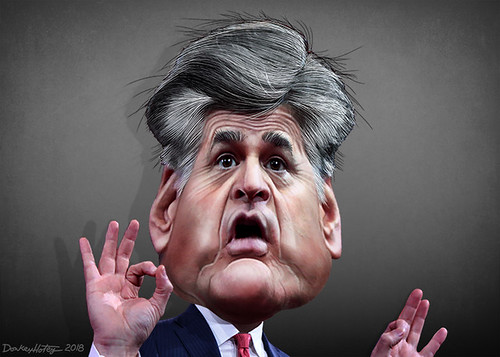 There are several observations one can make. The first is how stale the mantra has become. There is the constant drum-beating by Fox, Hannity and et al. There is the money provided by a variety of right-wing cover groups with names such as "Americans for Prosperity" (why who wouldn't want that, not that this rerun of Bush policies that produced just the opposite would produce it, but what the hey) and Gingrich's "American Solutions for Winning the Future" (as if the Administration is offering un-American solutions for the same). The second is, what did they get?

Well, Frank Luntz, Republican propagandist extraordinaire [who is still around], estimated the total turnout, nationally, at 250,000 (Fox-and-Friends [yes, I do watch it from time-to-time], April 16, 2009, at about 7:30 a.m.). 250,000? Nationwide? Why we used to get that many in alone for a major anti-Vietnam War rally. Dear old Sean Hannity himself estimated that his crowd in was 20,000. Even though other estimates made it at 10,000 or so, even 20,000 for a super-publicized rally in the lower South's largest city ain't much. [So Trump wasn't the first Repub. to moan about crowd-size estimates.]

This, combined further with the pro-gun offensive that the NRA, the Second Amendment Foundation, and assorted allies, aided and abetted by the widely disseminated total falsification of the Department of Homeland Security report on violent right-wing extremist groups tells you in which direction the leadership of this movement may well want to take it. It is small now, but with money behind it, it can grow very rapidly. What became the German Nazi Party had about 15 members when one Adolf Hitler dropped by a meeting one night. He was drafted as their leader because of his eloquence. They relied on Brown-shirt "people's militia" violence, an "anti-government" message (meaning anti- any government that they did not control), and racism. Oh yes, did I mention the unifying anti-Obama theme of the "tea-party" effort?

But it couldn't happen here, could it? There are a number of fascinating connections between then in and now here. One is that very early on, attracted to Hitler and his message was an American named George Herbert Walker. He was the great-grandfather of our most recent past President among whose long series of accomplishments was the grinding of major parts of our Constitution into dust. The German people had an excuse for the advent of Nazi fascism. The world had never seen its like before. The American people would not have the same excuse. But nah, it couldn't happen here. Could it?

Ah yes, could it? Fox as the Republican Propaganda Channel was just getting firmed up in 2009. Now, as Jane Mayer shows us, it is firmly entrenched as such. And Trump, as I and others have been pointing out since 2015, is a proto-fascist. Trump gets into evermore trouble, legally. However, since racism is the Trump Card, his poll numbers don't move much. And he does have his own TV channel which, as Jane Mayer shows us, is more firmly entrenched with and looped onto the Repubs. --- this time in the White House --- than ever. If Trump does get out this mess --- which is largely of his own making --- Fox"News" will have played a major role in making that happen. More on the Trump Mess, from the perspective of Donald J. Trump, next week.

Major sources for the Commentary from 2009 were three issues of The Progress Report from the Center for American Progress: "Tea Baggers Against Obama," April 15, 2009, "Getting What We Pay For," April 16, 2009, and "Right-Wing Extremists Threaten the Nation," April 20, 2009.

Steven Jonas, MD, MPH, MS is a Professor Emeritus of Preventive Medicine at StonyBrookMedicine (NY) and author/co-author/editor/co-editor of over 35 books. In addition to his position on OpEdNews as a "Trusted Author," he is a Senior Editor, (more...)
Related Topic(s): Fascism; News Anchors; News Corp Cover-up; News Corporation; Racism; Republican Clowns; Republican Extremism; Republican GOP Dirty Tricks; Republican Hypocrisy, Add Tags
Add to My Group(s)
Go To Commenting
The views expressed herein are the sole responsibility of the author and do not necessarily reflect those of this website or its editors.