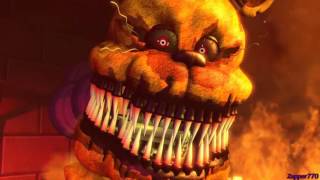 This week, liberal activist Amy Siskin tweeted this message of yearning nostalgia for the good old days before the Orange Ogre befouled the sacred temple of the Oval Office: "I miss our country. I miss normal and days of non-crisis. I will be so grateful when we take our country back, every single day. Future generations will read about this frightening and tragic time we are living now."

I read that whilst drinking my morning coffee in a cafe' (or was it my morning caffe in a covovfe?), and to quote Mel Brooks quoting Joe Schrank, I could hardly believe my hearing aid. (So to speak.) Quickly I fired up my Twitterator and dashed off a few lines in response, which I've threaded together below. Naturally, my listing of more than half a century of horrors omits much, but I hope you get the general drift...

"I'll soon be in my seventh decade and I've never known any of these normal days you pine for. I do remember days when I didn't *notice*many of the evils being done in my name, often by people I fervently supported and defended. I remember days of willful blindness and selective outrage colored by partisanship. Is this the kind of nostalgia you're actually talking about?

"Even so, I can't remember anything 'normal' about any of it. I don't deny that Trump is a new level of threat, but our collective blindness to the bipartisan abnormality of our history is a key reason why an absurd monstrosity could rise to power in the first place."

Related Topic(s): Corruption; History; Horror; Killing; Wars, Add Tags
Add to My Group(s)
Go To Commenting
The views expressed herein are the sole responsibility of the author and do not necessarily reflect those of this website or its editors.