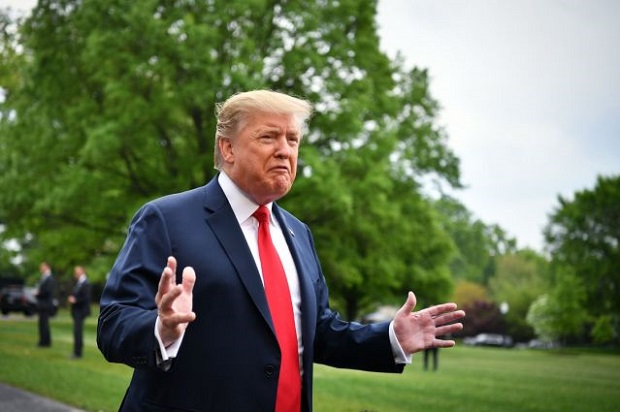 Donald Trump has made no secret of his desire to transform the Department of Justice into a phalanx of private vendetta-seeking lawyers and the FBI into his own private security force. The practice of "lawfare," abusing the constitution and legal system to target particular political leaders, has been used by the Central Intelligence Agency with great success in Brazil, Ecuador, and Paraguay.

In Brazil, it is now known that Se'rgio Fernando Moro, a federal judge and prosecutor loyal to the country's extreme right-wing, used the political donation and bribery scandal known as Operation Car Wash to unjustly target left-wing political leaders, including Workers' Party presidents Luiz Inacio Lula da Silva and Dilma Rousseff. Lula was imprisoned on trumped up charges, while Rousseff was impeached and removed from office. The current neo-Nazi president, Jair Bolsonaro, rewarded Moro for his perfidious and false prosecutions by making him his justice minister. It is now known that Moro suborned perjury and manufactured false evidence in his prosecution of leftist leaders. There are uncomfortably close connections between Moro and Bolsonaro and the Trump family and Trump former strategist Steve Bannon.

One of the clear signs of a fascist dictator is his misuse of the judicial system to suppress political opponents and suppress lawful investigations of him, his family, and cronies. All of these telltale signs are present with the Trump administration.

On July 31, FBI agents raided the offices of the South Bend, Indiana, Housing Authority. The housing authority is an autonomous entity and receives financing for low-income housing from the federal Department of Housing and Urban Development (HUD), headed by supreme grifter Ben Carson. FBI agents made no arrests but carted off a significant amount of evidence in several government vehicles. The raid was enough to send a message to Democratic presidential candidate and South Bend mayor Pete Buttigieg.

On March 1, 2017, a similar event took place in Tallahassee, Florida after Democratic Mayor Andrew Gillum announced that he was seeking the nomination for governor of Florida. The next month, FBI agent John Doyle leaked to his prospective employer, the Florida Bar, details of a covert FBI probe of the Tallahassee Community Redevelopment Agency and lobbyists and local businessmen. On June 23, 2017, Gillum announced that he was interviewed by FBI agents in the probe but with the proviso that he was informed that he was not the focus of the investigation.

Information leaked by the authorities about Gillum's ties to one of the lobbyists in the FBI investigation haunted Gillum throughout the campaign and on November 6, 2018, Gillum lost a close election to right-wing Republican Congressman Ron DeSantis, a Trump ally. Gillum's rising star in Democratic politics is tarnished by revelations of gifts he received from indicted lobbyists, including 2016 tickets to the Broadway musical "Hamilton." During the campaign, Trump tweeted that Gillum, an African American, was a "failed mayor" and a "thief."

On August 2, Trump gloated in a tweet about the July 27 burglary of House Government Oversight Committee chairman Elijah Cummings's West Baltimore home, which is located in the Druid Heights neighborhood. In a mobster-like tweet, Trump wrote, "Really bad news! The Baltimore house of Elijah Cummings was robbed on Friday. Too bad!"

This came after a series of Trump's tweets casting aspersions on Cummings and the city of Baltimore, which Trump likened to "living in hell." Trump also called Baltimore "disgusting" and "infested" with rats and rodents, adding the city has worse crime than Honduras. Trump also incorrectly said that Cummings, whom he refers to as "King Elijah," "runs Baltimore." Baltimore is actually governed by its mayor, Bernard Young.

Baltimore police did not indicate whether anything was taken from Cummings's home. Trump's enjoyment over the burglary is yet another sign of fascismthe use of break-ins of the homes and offices of political opponents to obtain information or to intimidate them.

Article II of the impeachment articles against Richard Nixon cited his misuse of office to hinder and obstruct justice and of illegally targeting his opponents. Nixon "repeatedly engaged in conduct violating the constitutional rights of citizens, impairing the due and proper administration of justice and the conduct of lawful inquiries, or contravening the laws governing agencies of the executive branch and the purposes of these agencies."

If the burglarizing of Cummings's home is linked, in any way, to the Trump campaign or organization, there is clear precedence to impeach and convict him and remove him from office. The Watergate scandal grew out of a burglary of Democratic National Committee headquarters at the Watergate complex in Washington.