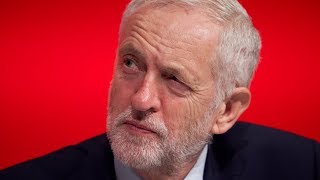 End-of-year polls are always popular as a way to gauge significant social and political trends over the past year and predict where things are heading in the next.

But a recent poll of European Jews the largest such survey in the world is being used to paint a deeply misleading picture of British society and an apparent problem of a new, leftwing form of anti-semitism.

The survey was conducted by the European Union's agency on fundamental rights and was given great prominence in the liberal-left British daily the Guardian.

The newspaper highlighted one area of life in which Britain scored worse with Jews than any of the other 12 member states surveyed. Some 84 per cent of Jews in the UK believe there is a major problem with anti-semitism in British politics.

As a result, nearly a third say they have considered emigrating presumably most of them to Israel, where the Law of Return offers an open-door policy to all Jews in the world.

Britain scored only slightly better on indices other than politics. Some 75 per cent said they thought anti-semitism was generally a problem in the UK, up from 48 per cent in 2012. The average score in the 12 EU states with significant Jewish populations was 70 per cent.

Jeremy Corbyn, head of the UK's opposition Labour party, has faced a barrage of criticism since he was elected leader more than three years ago for presiding over a supposedly endemic anti-semitism problem in his party.

The Guardian has been at the forefront of framing Corbyn as either indifferent to, or actively assisting in, the supposed rise of anti-semitism in Labour. Now the paper has a senior European politician echoing its claims.

Relating to the poll, Vera Jourova, the EU's commissioner for justice, helpfully clarified what Britain's terrible results in the political sphere signified.

The paper quoted her on Corbyn: "I always use the phrase 'Let's not play with fire', let's be aware of what happened in the past. And let's not make the same mistake of tolerating it. It is not enough just to be silent " I hope he [Corbyn] will pay attention to this survey."

However, both Jourova's warnings and an apparent perception among British Jews of an anti-semitism problem fuelled by Corbyn fly in the face of real-world evidence.

Other surveys show that, when measured by objective criteria, the Labour party scores relatively well: the percentage of members holding anti-semitic views is substantially lower than in the ruling Conservative party and much the same as in Britain's third party, the Liberal Democrats.

For example, twice as many Conservatives as Labour party members believe typically anti-semitic stereotypes, such as that Jews chase money or that Jews are less loyal to Britain.

Even more significantly, the percentage of Labour party members who hold such prejudices has fallen dramatically across the board since Corbyn became leader.

That suggests that the new members who joined after Corbyn became leader a massive influx has made his party the largest in Europe are less likely to be anti-semitic than those who joined under previous Labour leaders.

Related Topic(s): Israel Lobby; Israeli Interference In Politics; Leader; Media; Politics; Propaganda; Smear Tactics; Truth To Power; Zionism, Add Tags
Add to My Group(s)
Go To Commenting
The views expressed herein are the sole responsibility of the author and do not necessarily reflect those of this website or its editors.