"I am well known as an employee that 'rocks the boat' in giving my well-researched opinions and urgent advocacy in service of kids and upholding the law."
- Dr. Silke Bradford 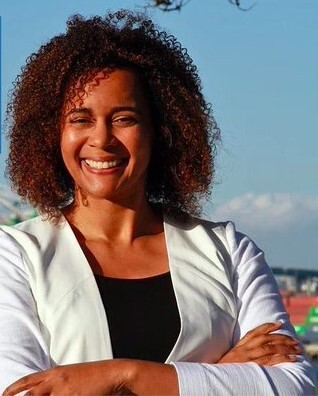 Dr. Silke Bradford is an education professional who states that she has spent the last 20 years in the field of education at every level (teacher, assistant principal, principal, and senior director) in school districts and the county office of education. As the Los Angeles Times notes, she "has worked mostly in traditional school systems, including overseeing charters, but [she] also has experience with a charter organization." Depending on how she positions her campaign, she could use this broad experience to her advantage by presenting herself as the candidate not beholden to either UTLA or the charter industry. Or she could draw so much fire from both sides that her chances will be doomed.

As the current charter school authorizer in the Compton Unified School District (a position she has also held for Los Angeles County and Oakland), she has the experience to understand the threat that under-regulated charter schools pose to public education. She promises to have district staff conduct a fiscal analysis of the agreements that the district has made with the California Charter School Association about how special education services are provided. She would investigate how these "may or may not be effective in ensuring that charters pay their fair share and/or serve their fair share of Students with Disabilities (moderate to severe in particular)." In a board district where Catskill Elementary successfully fought off attempts by the GANAS Academy Charter School to use Proposition 39 to take away space on their public school campus, she also seems to understand the pitfalls of this law.

Bradford says that "there is...a benefit to my not being a parent of a child that attends or works at a school in" Board District 7. "Board members with children or working at D7 schools have been perceived to have received special treatment in terms of resources provided to their child's school, or employment opportunities available to their child," she offers. The statement about adult children working in schools is an apparent reference to the current board member, whose son is a principal at a school in his board district. This a situation that opens the door to charges of nepotism and should never have been allowed to happen, especially in a district as large as the LAUSD where he could have been assigned to one of the six other districts. However, the inclusion of parents in her statement is perplexing, especially since the current LAUSD board does not have any members who have children currently enrolled in the district.

If elected, Bradford says that she will "obviously hire LAUSD families to the D7 staff as they are who we serve." When asked about the confidentiality agreements that parents must sign when negotiating settlements with the district, she notes that "these agreements seem to suggest a cover-up [of] disparate or unequal treatment and understandably breed distrust due to the forced lack of transparency." Decisions about placement in special education programs "definitely needs to be collaborative and evidence-based versus fear or fiscally driven." While she is opposed to the proposed "Community Representation on Charter School Boards" resolution as written, she does "recommend that LAUSD make appointments to charter boards if the charter school has received any sort of Notice of Concern from the LAUSD Office of Charter Schools...especially if it involved fiscal or governance concerns."