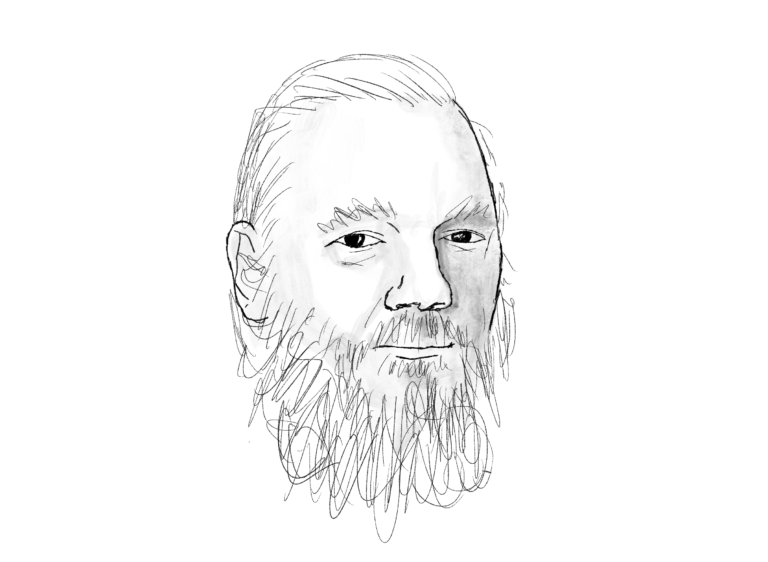 On Saturday, there will be a march from Australia House in London to Parliament Square, the center of British democracy. People will carry pictures of the Australian publisher and journalist Julian Assange who, on 24 February, faces a court that will decide whether or not he is to be extradited to the United States and a living death.

I know Australia House well. As an Australian myself, I used to go there in my early days in London to read the newspapers from home. Opened by King George V over a century ago, its vastness of marble and stone, chandeliers and solemn portraits, imported from Australia when Australian soldiers were dying in the slaughter of the First World War, have ensured its landmark as an imperial pile of monumental servility.

As one of the oldest "diplomatic missions" in the United Kingdom, this relic of empire provides a pleasurable sinecure for Antipodean politicians: a "mate" rewarded or a troublemaker exiled.

Known as High Commissioner, the equivalent of an ambassador, the current beneficiary is George Brandis, who as Attorney General tried to water down Australia's Race Discrimination Act and approved raids on whistleblowers who had revealed the truth about Australia's illegal spying on East Timor during negotiations for the carve-up of that impoverished country's oil and gas.

This led to the prosecution of whistleblowers Bernard Collaery and "Witness K," on bogus charges. Like Julian Assange, they are to be silenced in a Kafkaesque trial and put away.

Australia House is the ideal starting point for Saturday's march.

"I confess," wrote Lord Curzon, Viceroy of India, in 1898, "that countries are pieces on a chessboard upon which is being played out a great game for the domination of the world"."

We Australians have been in the service of the Great Game for a very long time. Having devastated our Indigenous people in an invasion and a war of attrition that continues to this day, we have spilled blood for our imperial masters in China, Africa, Russia, the Middle East, Europe and Asia. No imperial adventure against those with whom we have no quarrel has escaped our dedication.

Deception has been a feature. When Prime Minister Robert Menzies sent Australian soldiers to Vietnam in the 1960s, he described them as a training team, requested by a beleaguered government in Saigon. It was a lie. A senior official of the Department of External Affairs wrote secretly that "although we have stressed the fact publicly that our assistance was given in response to an invitation by the government of South Vietnam, the order came from Washington."

Two versions. The lie for us, the truth for them. As many as four million people died in the Vietnam war.

When Indonesia invaded East Timor in 1975, the Australian Ambassador, Richard Woolcott, secretly urged the government in Canberra to "act in a way which would be designed to minimize the public impact in Australia and show private understanding to Indonesia." In other words, to lie. He alluded to the beckoning spoils of oil and gas in the Timor Sea which, boasted Foreign Minister Gareth Evans, were worth "zillions."

In the genocide that followed, at least 200,000 East Timorese died. Australia recognized, almost alone, the legitimacy of the occupation.

When Prime Minister John Howard sent Australian special forces to invade Iraq with America and Britain in 2003, he -- like George W. Bush and Tony Blair -- lied that Saddam Hussein had weapons of mass destruction. More than a million people died in Iraq.

WikiLeaks was not the first to call out the pattern of criminal lying in democracies that remain every bit as rapacious as in Lord Curzon's day. The achievement of the remarkable publishing organization founded by Julian Assange has been to provide the proof.

John Pilger grew up in Sydney, Australia. He has been a war correspondent, author and documentary film-maker. He is one of only two to win British journalism's highest award twice, for his work all over the world. On 1 November, he was awarded (more...)
Related Topic(s): America; Extradition; Freedom; FreedomWorks; Journalism; Julian Assange Imprisonment; Prosecution; Torture; Truth; Wikileaks, Add Tags
Add to My Group(s)
Go To Commenting
The views expressed herein are the sole responsibility of the author and do not necessarily reflect those of this website or its editors.