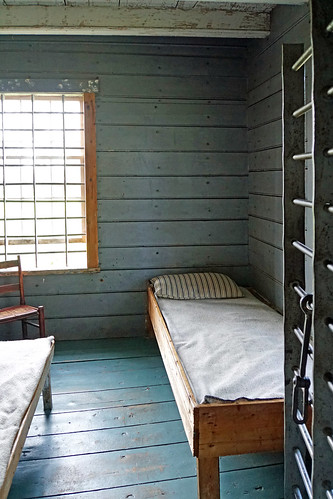 In 1974, President Gerald Ford granted Richard Nixon a "full, free, and absolute pardon for all offenses against the United States."

Despite Ronald Reagan funding right-wing Nicaraguan paramilitary insurgents with arms sales to Iran and his successor George H.W. Bush pardoning the administration officials involved, President Bill Clinton refused to investigate them, choosing instead to put the past behind us and focus on the challenges and possibilities that laid ahead.

President Barack Obama made a similar decision regarding George W. Bush's deceit about the supposed "weapons of mass destruction" Bush insisted Saddam Hussein had that led to the disastrous invasion of Iraq.

Obama also let Bush skate on domestic-eavesdropping programs and treatment of suspected terrorists under the "belief that we need to look forward as opposed to looking backwards," like Clinton.

As Donald Trump prepares to leave office holding the record for the most corrupt presidency in modern American history, President-elect Joe Biden is faced with a dilemma:

Break with precedent and hold Trump and his crime family accountable for the myriad offenses they have committed the past four years, or continue the tradition and permit the grifter-in-chief to spend his twilight years on his golf courses while continuing to pick gullible Americans' pockets to maintain his criminal empire?

Last week, Biden privately informed advisers he doesn't want investigations of Trump to consume his presidency lest he alienate the over 73 million Americans who voted for Trump.

One Biden adviser said the president-elect "just wants to move on."

Another said, "He's going to be more oriented toward fixing the problems and moving forward than prosecuting them."

"Other advisers to Biden have said that any investigations into Trump would be 'very situational,' plus they would run on a separate track from the state-level investigations like the one into his taxes. A great number of Democrats have demanded a new round of Trump investigations once he's out of office, and as the internal party pressure for that persists, Biden's team is also reportedly 'reluctant to send any signal to Trump administration officials that the Justice Department wouldn't look into their actions.'"

But Andrew Weissmann, former senior prosecutor for special counsel Robert Mueller, explained on MSNBC that Trump's anomalous situation may leave Biden with no choice but to indict Trump and other administration officials:

"We're going to be, as of January 20th, 2021, in the situation where we no longer are talking about indicting the president but, rather, a former president, somebody who is a civilian. And the question's going to be: Does the rule of law apply to that person? And it's very hard to see an argument if it is shown, for instance, that in the Manhattan District Attorney's office that the president has committed tens of millions of dollars of tax fraud or bank fraud or both. Any other person would normally be prosecuted, then it really shouldn't be the case that just because he becomes president, that he shouldn't have the day in court where a jury decides whether or not he committed those crimes prior to becoming president."

Biden has repeatedly asserted he would leave any decision to prosecute Trump up to his attorney general, explaining:

Related Topic(s): Biden Won; Indictments; Investigations; Law; Republican; Trump, Add Tags
Add to My Group(s)
Go To Commenting
The views expressed herein are the sole responsibility of the author and do not necessarily reflect those of this website or its editors.