One thing you can probably say about writer/director and cult icon Jim Jarmusch is that he is has never been in search of the blockbuster, which alone puts him in rarefied company. In fact, I must confess, that after about 15 minutes into his latest film, "Paterson" I was asking myself: "How in the world could anyone even get financing for a film about 7 ordinary days in the workweek of a NJ bus driver?" Now we're not talking "Speed", here. We're talking about how the main character, Paterson, spends his week driving a bus in the city of Paterson, and his weekend mostly sitting on park benches. Lest you think that the film's title, referring to the man as well as the city, intimates some kind of bifurcating, sci-fi razzle-dazzle, I'm afraid you will be disappointed. The only science fiction in the film is the brief snippets the audience shares of a 1950s B-movie which Paterson and his wife see on Saturday night.

But I'm not saying the film didn't deserve to be made. In fact it may well be one-of-a-kind. The Atlantic Magazine has already hailed it as "a masterpiece", and Rotten Tomatoes gives it a 96% critical score. And even 78% of us average movie-goers were more positive than negative about it.

Personally, as much as I really did appreciate the fact that Mr. Jarmusch took what I would imagine would be an unimaginable risk for most any other film-maker, I found the film more than a bit perplexing.

First off, as I said, on one level the movie really doesn't do much more than follow a Paterson, NJ bus-driver (played by Adam Driver... even more synchronicity? And, Jarmusch's own partner is Sara Driver- no relation...) from the time he wakes up in the morning (using a wristwatch, not an alarm clock) through his day driving a bus (yes, his wristwatch does do the ol' "speed up", with the minute and hour hands quickly revolving around the watch-face, for most of his day) to his casually walking home, and taking his dog for a walk, during which Paterson drops by his favorite bar for a beer.

If it sounds almost a bit Andy Warhol-ish (shades of "Man Sleeping") it's not. Although film critic Glenn Kenny calls the film "a fantasy" (and yes, he too gave it 4 out of 5 stars), it is all done quite realistically. There are no special effects, and all the conversations are very much like the ones we tend to overhear, or have ourselves.

What does seem like almost like fantasy, is just how perfectly well-adjusted to, and happy with, this daily routine our Mr. Paterson is. Helping to create this sense of quasi-fantasy is the veritable angel/goddess (played by Golshifteh Farahani) Paterson finds himself very happily married to, and also how effortlessly Paterson gets along with everyone he encounters during his day (even the fellow at the bar waving a gun that Paterson knocks down). What we are led to believe is that it is Paterson's avocation of poetry which is what is essentially seeing him through this otherwise supra-mundane existence. What perhaps distinguishes this movie's part-time poet from most of the "I'm really an artist just working at this crappy job until I hit the big time" folks we have all known (and perhaps have been...) is that in this movie, Paterson may well be something special, ala his hero the poet/MD William Carlos Williams (or as his wife teasingly calls him "Carlos Williams Carlos) who also was a native of Paterson, NJ. The text of the poems Paterson is always giving birth to is endearingly scrawled across the screen as our New Age Ralph Kramden creates them.

Now, what I find perplexing is that as virtually flawless as the whole film really seems to be, in terms of acting and editing and structure, etc., I have to wonder if film is really the best vehicle for this kind of story? The film has a lot to say about seeing beauty in the mundane, and (I think...) what real maturity is, and how essential art is in making our way though this mystery of life, etc. But aren't these themes better suited to the page rather than the screen? Jarmusch, of course, has every right to make whatever films he feels compelled to make, and (as I said) I'm downright grateful he made this one. But while film does certain things very, very well, I don't think visual prose/poems of this order are quite what the film gods had in mind. It probably seems like caviling on my part, considering how virtually without blemish the film seems, but perhaps it's the movie's own transcendent nature that sucks so much of the "life as lived" out of the film. Luis Bunuel once said that film is the art form most like the human imagination. So then: if one makes a film more about something than what's specifically on the screen, wouldn't that compromise the very nature of the medium, by definition? No matter how brilliantly it is executed?

Then again, if Mr. Jarmusch had just written a poem, it would have gotten even less of a viewing than this bona fide work of art is bound to receive.

But, don't listen to me, go see it. It's astounding, wonderful and beautiful. 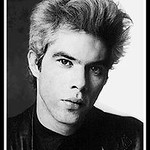 Former dishwasher, janitor, telemarketer & librarian. Currently assisting the elderly. Ardent Sanders supporter.
Related Topic(s): Beauty; Beer; Fantasy; Fiction; Fiction; Movies; Nature; Other; Other; Poem; (more...) Science; Time; Walking; World, Add Tags  (less...)
Add to My Group(s)
Go To Commenting
The views expressed herein are the sole responsibility of the author and do not necessarily reflect those of this website or its editors.