If the CEO of JP Morgan really cared about American workers, he would put an end to corporate executives like him rigging the system 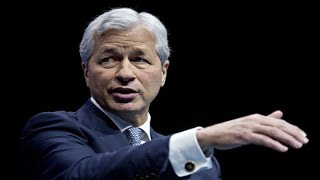 Dimon is the chief executive of JP Morgan Chase, and wrongdoing by him and the CEOs of other big corporations is more responsible for Trump's election than anything Russia dreamed of, as I'll explain.

Related Topic(s): Banks; Corporations; Greed; Inequality; Jamie Dimon; Workers, Add Tags
Add to My Group(s)
Go To Commenting
The views expressed herein are the sole responsibility of the author and do not necessarily reflect those of this website or its editors.