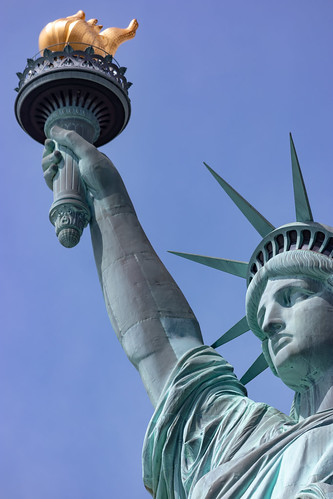 The on-going protests over the George Floyd tragedy, together with the pandemonium of the Coronavirus pandemic now taking place in America, bring us to a crisis of major significance that may be a turning point in our history., The economic effects of Covid-19 resemble conditions of the great depression of the 1930's, inspiring the New Deal. The demonstrations against established authority resemble the Boston Tea Party protests against British tax policies, culminating in the War of Independence.

There is a backlog of unresolved issues of constitutional import that urgently needs to be addressed to revitalize our democratic institutions and restore our nation as a unified people. As presently functioning, there is little expectation that Congress can resolve any of these issues in a fair and timely manner. The proper functioning of Congress and the Supreme Court as originally intended has, to a large extent, disintegrated into hopeless factional squabbling.

Our constitution is the holy covenant of American democracy that was intended to bind together by common principles the individual peoples of colonial America into a new unified nation free of autocratic rule. This charter of civil rights addressed the concerns of the people and the structure of government at the inception of the nation 240 years ago. It provided for its continuing relevance by the amendment process, which has been used to resolve historic issues, including the first ten basic civil rights amendments of the Bill of Rights, the abolishment of slavery (13th amendment), the extension of voting rights (15th amendment), voting rights for women (19th amendment).

Aside from those critical amendments, there has been no fundamental review of the constitution since its inception, although the United States today and the people who live in it bear little resemblance to the country at its founding.

At its founding, the nation was not yet a magnet for unfamiliar races and cultures from all parts of the world. The people did not live under a threat of extinction from nuclear wars or climate devastation. Industry had not yet become a mad scramble to over-exploit all the Earth's resources, to convert everyone into a dedicated consumer, and to endanger the environment potentially to the point of near-extinction.

At its founding in an undeveloped world, one's opportunities for self-support depended largely on one's own efforts. Today, boundless opportunities do not exist for the masses of people. We have reached a point of saturation where opportunities beneficial to society for self-improvement and enjoyment of life cannot, by various defects of society, include all the people, as evidenced by the extent of poverty, the sick, the homeless, the conditions of work which often still resemble forms of slavery, and the extent of decadence in government and business. People are now dependent upon organization of society for survival beyond what traditional charity offers. The matter of global warming, which sooner or later may eclipse all others, needs to be dealt with at the fundamental constitutional level to assure that the health of our environment is recognized as the foundation of all human activity.

These fundamental predicaments of contemporary life are not addressed in the current constitution, except for the idealized wording of the Preamble - to promote the general welfare, insure domestic tranquility, etc. The amendment process authorized by the constitution does not allow for the major revisions needed to adapt to present-day world realities. Amendments were approved decades after the need was evident. Amendments can be initiated singly only by a 2/3 vote of both houses of congress, or by a 2/3 vote of a national convention authorized by congress (never used); and must be ratified by 3/4 of the state legislatures or state conventions.

It is time that we have an honest discussion about the effectiveness of the constitution in guiding our nation.This will never happen with the current dysfunctional Congress or party-polarized Supreme Court . At present, the constitution is used mainly as a basis for perpetuating the status quo. It is time to call for a national convention by whatever means to update the constitution so that the government is required to solve real problems in the contemporary world. We may never re-establish a sense of normalcy in our nation until such action takes place.

Here is a partial list of essential concepts suggested for inclusion as goals and processes in a new or revised constitution:

Include the UN Declaration of Human Rights as a foundation for basic human rights.

Uniformity and integrity of voting procedures

Related Topic(s): Constitutional Issues; Constitutional Rights; Environment; Poverty; Voting, Add Tags
Add to My Group(s)
Go To Commenting
The views expressed herein are the sole responsibility of the author and do not necessarily reflect those of this website or its editors.