"I'm not even really a Democrat, I just vote not Republican."
- Michael Che, SNL

My current disillusion with the Democratic party began as the establishment did everything possible to undermine the 2016 Bernie Sanders campaign for president. My confidence in the party was further eroded when instead of trying to keep Bernie's supporters in the fold by addressing their concerns, the Democrats told them to get in line and blindly back Clinton. Unsurprisingly, the strategy did not work and enough of an unenthused electorate stayed home on election day to allow Donald Trump to occupy the White House. At this time Berniecrats were forced with a choice - either leave the Democratic party that had abandoned them or stay and fight against the party's slide towards the right.

I watched the results on election night in the isolation of a room that I had just rented in East Los Angeles. My family had made the sacrifice of having me move there so that I could run in the LAUSD School Board election against Monica Garcia that would take place the following March. Facing an uphill battle in attempting to force the well-financed incumbent into a runoff, I could not concern myself with national-level party politics. I ignored my inner complaints about the national organization and made the rounds to the various Democratic clubs and the county organization seeking party support for my candidacy.

During this time I also started to meet with local Greens, including the Eastside Greens of Los Angeles County. Coalescing around the upstart campaign of Kenneth Mejia in the special election to replace newly appointed California Attorney General Xavier Becerra in Congress, the Greens were active on the ground and ready to take on the establishment. They also understood the dangers that privatization posed to public education and the harm that underregulated charter schools were causing to local public schools. While Mejia's efforts to make the runoff were ultimately unsuccessful, he did earn more votes than the only Republican in the crowded field.

Beyond my endorsement by the North Valley Democratic Club, my interactions with the Democrats were not going as well. The strongest position the Los Angeles County party would take was not to endorse the incumbent, which I was told should be taken as a victory. The New Frontier Democratic Club charged a fee of $75.00 to consider an endorsement and then endorsed a candidate who did not show up to her interview. The Avance Democratic Club also used endorsements as a fundraising opportunity by charging supporters of candidates $25 to sign up for the opportunity to vote. Representing the future of the party, the Los Angeles County Young Democrats endorsed only those candidates handpicked by the charter school industry, with some members openly mocking me for taking on Garcia.

The 2016 Democratic Platform calls for "increased transparency and accountability for all charter schools" and states that "charter schools must reflect their communities". The choices being made by these Democratic clubs did not reflect these values. Monica Garcia was endorsed by the Young Democrats even though she had consistently voted against holding charter schools accountable for their performance and allowed these publicly funded private schools to serve a lesser percentage of children with disabilities than their public school counterparts. They endorsed Nick Melvoin as the hand-picked representative of the charter school industry to replace a sitting board member who had dared to take minimal steps towards making sure that these schools were held accountable.

Why I Went Green My speech at the Kenneth Mejia for Congress rally. ChangeTheLAUSD.com.
(Image by YouTube, Channel: Carl Petersen)   Details   DMCA

"The Green Party is unalterably opposed to the dissolution of public schools and the privatization of education."
- Green Party U.S.A.


It was clear to me at this point that I could not remain a Democrat in this environment. In the middle of the campaign, I left the party, giving up a board position on the North Valley Democratic Club and an alternate seat with the county party. Instead, I registered as a Green and received the backing of Mejia's supporters who began handing out my election materials as they canvassed door to door.

In the end, I was unable to force Garcia into a runoff and the charter industry took control of the LAUSD School Board to disastrous results. They elected Ref Rodriguez as their President, but he was forced to resign the position after being indicted for laundering campaign donations. Before he was convicted, the charter majority would allow the industry to write their own rules regarding oversight. They also hired Austin Beuter as Superintendent even though he had no professional education experience. Charter schools like North Valley Military Institute openly broke the rules while the district ignored their oversight obligation.

After the election, my integration with the Greens did not go as well as I had hoped. Some long-term members of the party are distrustful of newcomers and are less than welcoming to the Berniecrats who could fuel growth in their movement. Ignoring the fact that the Greens do not have any representation at the federal level, many of these diehards are hostile at any discussion of politics that does not equally condemn the Republican and Democratic parties. Instead of reaching out to Democrats that they share many beliefs with they would rather treat all of them as the enemy.

As the California primary approached, I carefully eyed the candidacies of Sanders and Elizabeth Warren, especially as the Greens neglected to put anyone forward that I viewed as capable to assume the presidency. On Super Tuesday I waited in line for almost two hours to change my registration back to Democrat and to vote for Bernie. My intention at the time was to immediately switch back to the Green party, but now I find myself pausing. I still do not trust the Democrats and to this point, Bernie and Warren have been the only candidates to call out the problems with the charter school industry. At the same time, after my election was over, I never really felt that I found a home with the Greens. However, at this time they most closely align with my values. I am sure that I am not the only Berniecrat facing this dilemma as the establishment continues to attempt to push our candidate aside. 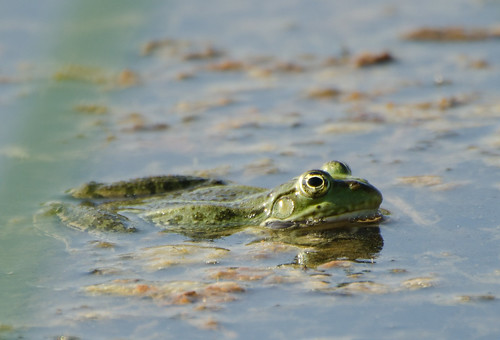 Related Topic(s): Political Parties, Add Tags
Add to My Group(s)
Go To Commenting
The views expressed herein are the sole responsibility of the author and do not necessarily reflect those of this website or its editors.