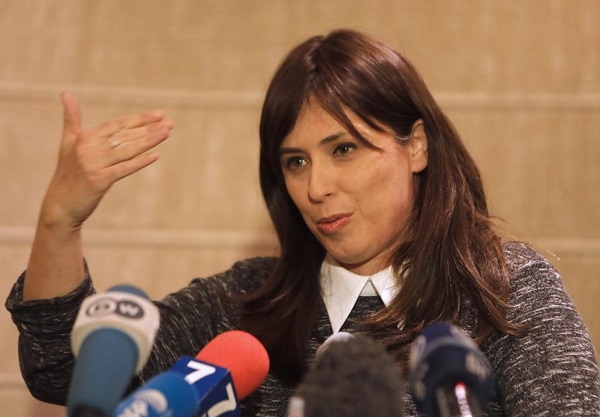 After years of successfully drawing attention away from Israel's intensifying crimes against the Palestinian people by citing a supposedly growing "antisemitism crisis" in Britain's Labour Party, Jewish community leaders in the UK are exasperated to find themselves unexpectedly on the defensive.

Last month, Israeli Prime Minister Benjamin Netanyahu pulled the rug out from under leading British Jewish organisations by appointing Tzipi Hotovely as Israel's next ambassador to the UK. She is expected to take up her position in the summer.

Recently made Israel's first settlements minister, Hotovely does not appear to have a diplomatic bone in her body. She is a rising star in Netanyahu's Likud Party - and at the heart of the Israeli far-right's ascendancy over the past decade.

'This land is ours'

She is openly Islamophobic, denying the history of the Palestinian people. She supports hardline racial purity groups, such as Lehava, that try to stop relationships between Jews and non-Jews. And she flaunts a religious Jewish supremacism that claims title to all of historic Palestine.

In a 2015 speech on her appointment as deputy foreign minister, she rejected a two-state solution, saying: "This land is ours. All of it is ours. We did not come here to apologise for that."

She was given responsibility as settlements minister for overseeing what is widely feared will be the imminent annexation of up to a third of the West Bank promised by Netanyahu, destroying any last hope of a Palestinian state.

But she goes further. She favours full West Bank annexation, implying support either for Israel's explicit and direct apartheid rule over millions of Palestinians or renewed mass ethnic cleansing operations to remove Palestinians from their homes.

Hotovely also supports Israel's takeover of the Al-Aqsa Mosque compound in occupied East Jerusalem, one of the most important Islamic sites in the world. Such a move could set the Middle East on fire.

Hotovely is an undoubted rupture from recent ambassadors.

From 2007 until 2016, the post was held successively by career diplomats Ron Prosor and Daniel Taub. They followed the traditional embassy playbook: rhetorical efforts to take the spotlight off Israel and its systematic oppression of Palestinians.

They focused instead on a two-state solution that no one in the Israeli government was actually interested in, and blamed the lack of progress on supposed Palestinian intransigence and Hamas "terrorism".

In early 2016, another diplomat, Mark Regev, was appointed, though in a more politicised capacity. He had previously served as Netanyahu's most trusted spokesman.

Regev's arrival coincided with a much more aggressive - if covert - role for the London embassy in interfering directly in British politics. He had to deal with the recently elected leader of the Labour Party, Jeremy Corbyn, who was seen as a major threat to Israel because of his outspoken support for Palestinians.

An undercover investigation aired by Al Jazeera in early 2017 revealed that an Israeli embassy official was secretly coordinating with Jewish organisations to undermine Corbyn. One such group, the Jewish Labour Movement (JLM), had been recently revived inside the Labour Party to oppose Corbyn.