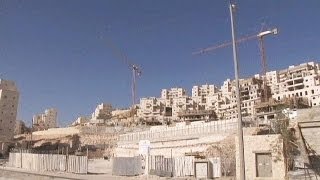 In December 2016 the United Nations Security Council passed a resolution reaffirming that Israel's Jewish settlements in the Occupied Palestinian Territories (OPT) are illegal and calling on Israel to stop settlement activities in the OPT. Resolution 2334 says the settlements have "no legal validity," calls them "a flagrant violation under international law," and demands Israel "immediately and completely cease all settlement activities."

Nine months earlier, the UN Human Rights Council (UNHRC), in Resolution 31/36, had ordered the Office of the High Commissioner of Human Rights to "produce a database of all business enterprises" that "directly and indirectly, enabled, facilitated and profited from the construction and growth of the settlements."

The database was scheduled for release in December 2017. Meanwhile, the Israeli and US governments have been trying to prevent that list -- which reportedly includes at least 150 local and international companies -- from becoming public. "We will do everything we can to ensure that this list does not see the light of day," Israel's UN ambassador Danny Danon told The Associated Press. US State Department spokesperson Heather Nauert said, "We just view that type of blacklist as counterproductive."

The UNHRC has reportedly delayed the release of the list until "early next year."

"[Israeli] officials say they are taking the so-called 'blacklist' seriously, fearing its publication could have devastating consequences by driving companies away, deterring others from coming and prompting investors to dump shares of Israeli firms," AP reported.

An Israeli official told The Washington Post that the companies include Israeli banks, security firms, supermarkets, restaurant chains, bus lines, and multinational corporations that provide services and equipment to build and maintain the settlements.

Resolution 31/36 also called on states to take "appropriate measures to help to ensure that businesses domiciled in their territory and/or under their jurisdiction, including those owned or controlled by them, refrain from committing or contributing to gross human rights abuses of Palestinians."

Publication of the list of companies would make the UNHRC "the world's biggest promoter of BDS," Danon opined. In a statement, Danon said, "The Human Rights Council has turned into an accomplice of the BDS [Boycott, Divestment and Sanctions] movement and its conduct is both anti-Israeli and anti-Semitic."

In fact, the BDS movement is not anti-Israeli, as it targets the policies, not the people, of Israel. And actions against Israel's policies, including BDS, do not equate to anti-Semitism, as I explain elsewhere.

Representatives of Palestinian civil society launched the BDS movement in 2005. They called upon "international civil society organizations and people of conscience all over the world to impose broad boycotts and implement divestment initiatives against Israel similar to those applied to South Africa in the apartheid era ... [including] embargoes and sanctions against Israel."

The call for BDS specified that "these non-violent punitive measures" should last until Israel fully complies with international law by (1) ending the occupation and colonization of all Arab territories and removing the barrier wall; (2) affirming the human rights of Israel's Arab-Palestinian citizens to full equality; and (3) affirming the rights of Palestinian refugees to return to their land as required by UN General Assembly Resolution 194.

Israel seeks to suppress the identities of the companies that support the settlements because it is feeling the pinch of the BDS movement. The United States thinks publication of the list would be "counterproductive" because it would fuel BDS, thereby negatively impacting Israel, the leading US client state and biggest recipient of US foreign aid.

BDS was a major factor behind the 46 percent decrease in foreign direct investment in Israel in 2014, according to a UN report. A World Bank report revealed that Palestinian imports from Israel dropped by 24 percent in the first quarter of 2015.

Related Topic(s): Bds Campaign; Israeli Apartheid; Israeli Fascism; Israeli Settlements; Occupation; Palestinian, Add Tags
Add to My Group(s)
Go To Commenting
The views expressed herein are the sole responsibility of the author and do not necessarily reflect those of this website or its editors.