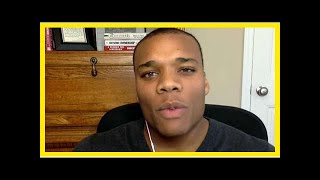 Readers agree that the demonization of white people is unfair and divisive. Many report that they have experienced reverse discrimination, and they expect discrimination against whites, such as the announced anti-white policy of the New York public school system, to worsen as the media's demonization of white people escalates. A few readers noted that both the Jewish and Armenian genocides are disputed. They asked if there are any historical episodes of genocides. A few others noted that even when white Americans become a minority, it will be a large and numerous minority and, thus, too numerous for a genocide.

I will address these issues after I walk readers, who never got past my rhetorical title, "Is White Genocide In Our Future," through my column that provoked their questions.

The liberal/progressive/left, media, and Democratic Party have used the El Paso shootings of Hispanic immigrants to brand President Trump and all who voted for him "racist white supremacists." In other words one instance has been used to write off half of the white American population. My point is that an enormous edifice of hatred has been built on one instance. Suddenly, all mass shooters are racist white supremacists inspired by President Trump despite the Mass Shooting Tracker that shows that mass shooters in 2019 are 51% black, 29% white, and 11% Latino and that few identify as supremacists of any hue. Hah, you say, you haven't heard about black and latino mass shooters, only white ones.

Try to imagine the consequences for NBC Universal if its movie, "The Hunt," about white Trump supporters being hunted and killed for sport was about hunting blacks or Jews, or immigrants, or trans-gendered for sport. It would be the end of NBC Universal and the producer of the movie.

The point of my article is that the presstitutes and the Democrats are creating another hoax to take the place of the failed Russia-gate hoax. The hatred that was directed at Trump and Russians is now directed at Trump and white people. The hatred is so powerful that it has cast aside integrity, facts, caution, evidence, and reason. In a country already fatally divided by Identity Politics, ALL of Trump's supporters are declared "white nationalist terror supporters ... and this evil, racist scourge must be eradicated from society."

If this racist outburst on Twitter by TV host and University of California professor Reza Aslan was against blacks or Jews, he would have been fired and banned from Twitter. But as white people are the target of Aslan's racism, it is OK for him to be racist. In America today, it is not only permissible but also desirable to spew racial hatred against white people.

Don't fool yourself. The hatred against white people is real. People claiming to be South African and American blacks sent me emails stating that after all the genocides white people have committed, it was time for white people to experience one of their own.

The New York Times has begun the "1619 Project," which it intends to take into the school system, that intentionally or unintentionally will pave the road to genocide by demonizing not only white people but all of their accomplishments.

On August 12 Dean Baquet, executive editor of the New York Times, met with the Times' employees to refocus the Times' attack on Trump. Mueller let the paper down. The Times' spent two years "to cover one story, and we did it truly well," Baquet declared, but it turned out to be a hoax. The Times, Baquet said, is shifting from Trump-Russia to Trump's racism. The Times will spend the run-up to the 2020 presidential election building the Trump-is-a-racist narrative.

Of course, if Trump is a racist it means that the people who elected him are also racists. Indeed, in Baquet's view, Americans have always been racist. To establish this narrative, the New York Times has launched the "1619 Project," the purpose of which is "to re-frame the country's history."

According to the Washington Examiner, "The basic thrust of the 1619 Project is that everything in American history is explained by slavery and race. The message is woven throughout the first publication of the project, an entire edition of the Times magazine. It begins with an overview of race in America 'Our democracy's founding ideals were false when they were written. Black Americans have fought to make them true.'"

The premise that America originated as a racist slave state is to be woven into all sections of the Times news, business, sports, travel, the entire newspaper. The project intends to take the "reframing" of the United States into the schools where white Americans are to be taught that they are racist descendants of slave holders. A participant in this brainwashing of whites, which will make whites guilty and defenseless, says "this project takes wing when young people are able to read this and understand the way that slavery has shaped their country's history." In other words, the New York Times intends to make slavery the ONLY explanation of America.

At the meeting of the executive editor of the New York Times with the Times' employees to refocus the Times' attack on President Trump, Baquet said: "Race in the next year is going to be a huge part of the American story."

Related Topic(s): Education; Genocide; Laws; Racism; Truth; White Mans Justice; White Slaves; White Trash, Add Tags
Add to My Group(s)
Go To Commenting
The views expressed herein are the sole responsibility of the author and do not necessarily reflect those of this website or its editors.