Last September I published a column on the famous Op-Ed "Anonymous" that was published in The New York Times on Sept. 5, 2018. I quoted several of the many responses to it, both positive and negative. One that I still think is most apt came from a friend and political colleague of mine:

"Written by a senior official of the Trump administration who prefers wisely to remain anonymous in order to protect the sub rosa 'resistance' to the capricious whims of a president with an incapacitated sense of morality this Op-Ed breaks new ground in world history. For the first time in our history, a high-ranking insider reveals the determination of a broadening group of patriots who are committed to protect and defend our nation from the moral, professional and personal insanity of President Donald Trump." 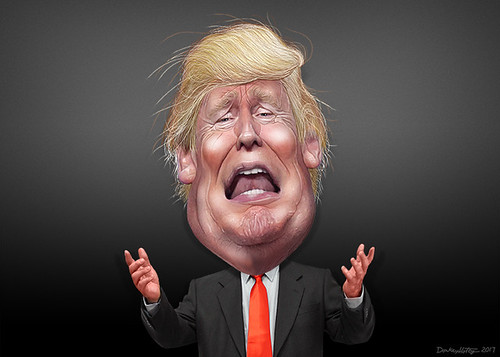 I then noted the following from the text of the Op-Ed:

"Don't get me wrong. There are bright spots that the near-ceaseless negative coverage of the administration fails to capture: effective deregulation, historic tax reform, a more robust military and more. But these successes have come despite -- not because of -- the president's leadership style, which is impetuous, adversarial, petty and ineffective."

And then, a major "however" from one of the letters to the New York Times commenting on the column:

"Conspiring to keep an unfit president in office in order to promote the political agenda of his advisers has not avoided a constitutional crisis, but created one [emphasis added. President Trump's attacks on Congress, the judiciary, [his own FBI and Justice Department], and a free press are the threat to our democracy, not his removal."

And quoting from my earlier column further, this time from myself:

"I think that this person is firm right-winger somewhere in the Administration, White House most likely. Trump has gotten done the three main Repub. policy goals which they have never been able to achieve to this degree before: the tax cuts for the rich and the large corporations, the massive de-regulation program and vast curtailment of other Federal government programs (e.g., in housing, education, and the protection of the environment --- what Steve Bannon termed 'the Deconstruction of the [Federal] Administrative State'), and (to invent a term) the 'Right-Winging' the Federal Court System.)"

"So, in the thinking of 'Anonymous,' because Trump is so stupid, ill-educated, and difficult to work with, and is now deviating from some of central policies, it is time to dump him, if that is at all possible certainly before 2020. For if, in their view, he were to somehow survive Mueller as well as his terrible state of physical and mental health, enough to run then, he would get the nomination courtesy of his racist base but would then be destroyed in the general election, along with the rest of the Party."

And one more quote from me:

"By the way, I see [John] Bolton at the center of what is going on now in the White House internal struggle highlighted by Bob Woodward's book. In fact, he might even be Anonymous. For let us not forget that it was Bolton who apparently on his own cancelled Trump's self-announced meeting with Vladimir Putin, scheduled for before the mid- terms, and put it off until January [at least], Bolton who announced the closing of the PLO offices in Washington, and Bolton who is on the attack again against the DPRK. As I have noted elsewhere, Bolton may well have been thinking that Trump might not be in office in January."

Don't insult my species by saying that Bolton has a Walrus mustache.
(Image by USFWS Headquarters)   Details   DMCA

Which brings us to the present time, Trump's sudden announced withdrawal of U.S. troops from Syria and the Mattis resignation. (On the withdrawal itself, while I have been a firm critic/analyst of U.S. imperialism for decades, this particular pull-back does give me pause. It will likely lead to the slaughter of tens of thousands of Kurds, a slaughter led by the Turks. Of course, they have plenty of experience in such things. See "The 40 Days of Musa Dagh. ") Trump made this decision unilaterally, against the advice of Sec. Mattis. In terms of traditional U.S. post World War II imperialism, it makes no sense.

As do bunches of other unilateral Trump decisions/policies not make sense, like tariffs, like trade wars, like criticizing the Fed. (which Presidents are not supposed to do), like picking Acting Attorney General and A.G. nominees solely because they have advocated for shutting down the Mueller investigation, like the concurrent partial pull-back in Afghanistan, like the Trump-frenzy over "The Wall," like the frenzy of his immigration policy overall

If you look closely, many decisions that Trump makes have nothing to do with any rationality, even from the perspective of U.S. capitalism-at-home-imperialism-abroad. They have to do with "he can make them because he can make them, without interference either from Congress or, by rule, from within his Administration itself." By why Syria, why now, and why is Mattis leaving all-of-a-sudden, when there have been other occasions in the past that might have pushed him out the door?

I think that it's Putin and Russia, and I think that the wing of the ruling class that is represented in the White House by "Anonymous" knows it. Putin's got stuff on Trump and it's not only the Special Prosecutor who knows what that is (and, Sean, their sources for the information include the "Dossier" only as confirmatory, not the other way 'round). The national security apparatus does too. Now, the Republican Congress has forced the Trump Administration to take certain anti-Russia measures. Putin understands that. But he does have his "kompromated" Trump in his pocket, and now his patience is wearing thin. He is starting to call his cards. First, there has been virtually no U.S. reaction to the Kerch Strait incident. And now the Syrian withdrawal, which holds enormous benefits for Russia, which begin with the security they will now have for their two bases on the Syrian Mediterranean coast, at Targus and Latakia. 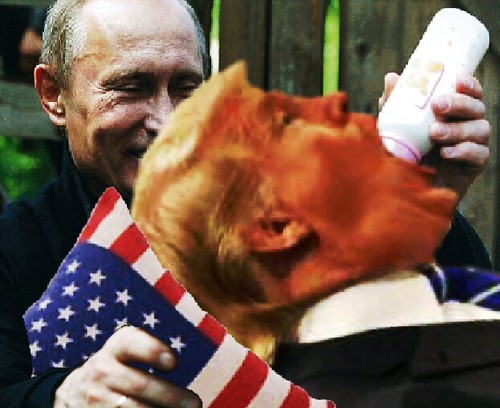 And then, of course, the withdrawal also benefits the fascist regime in Turkey in its conflict with the Kurds. And so, there will likely be a very significant drawn-down in material coming from Turkey about the Khashoggi assassination, which Trump, in terms of "MBS" and Saudi Arabia, wants very much to put in the rear-view mirror.

With everything else that is going on with Trump's craziness, and with the 17 investigations against him, his properties, and members of his family that are now underway, to say nothing of what is going to start up when the incoming Democratic House of Representatives gets going, I think that that sector of the ruling class that currently dominates the Republican Party has decided that it is time for him to go, especially Silent Sam, the Dominionist Mike Pence is just salivating at the chance to become President, and is an echt, very controllable reactionary.

In my view, Bolton, as noted above, will be at the center of it when it happens. And now, even Mitch McConnell is criticizing Trump. Trump has served his purpose for the Republican wing of the ruling class, and now he is just getting in the way, especially of the long-term interest of U.S. imperialism in --- U.S. imperialism. Which begins with not cozying up (one could use stronger language) to Russia.

Since the 25th Amendment requires a two-thirds vote in each House of Congress for removal, that is an unlikely route. So, at this time, is impeachment. But they will figure out a way, most likely with the accumulating of evidence from the various investigations (including a likely "smoking gun" of a tape or interpreter's transcript from the infamous "Helsinki meeting") so that Trump will be able to simply resign and then comfortably retire, to Mar a Lago. After all, it would be hard to get a perfect match between any known orange jump suit and his orange hair and skin.

Of course, once that happens, Trump could always go back on the deal (like he has gone back on so many deals so many times in his life) and, as I have said elsewhere, start up his own fascist party, with Steve Bannon as his CEO, but that's another story.

Section 1. In case of the removal of the President from office or of his death or resignation, the Vice"'President shall become President.

Section 2. Whenever there is a vacancy in the office of the Vice"'President, the President shall nominate a Vice"'President who shall take office upon con fir mation by a majority vote of both houses of Con gress.

Section 4. Whenever the Vice"'President and a majority of either the princi pal officers of the executive departments or of such other body as Congress may by law provide, transmit to the President pro tempore of the Senate and the Speaker of the House of Representatives their written dec laration that the President is unable to discharge the powers and duties of his office, the Vice"'President shall immediately assume the powers and duties of the office as Acting President.

Steven Jonas, MD, MPH, MS is a Professor Emeritus of Preventive Medicine at StonyBrookMedicine (NY) and author/co-author/editor/co-editor of over 35 books. In addition to his position on OpEdNews as a "Trusted Author," he is a Senior Editor, (more...)
Related Topic(s): Assassination; Congress; Coup; Coup Attempt; Fascist; Imperialism; Investigation; McConnell-Mitch; Military; President; (more...) Reactionary; Resignation; Syria; Vladimir Putin, Add Tags  (less...)
Add to My Group(s)
Go To Commenting
The views expressed herein are the sole responsibility of the author and do not necessarily reflect those of this website or its editors.