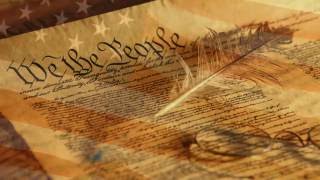 As many readers of this website have noticed, the United States has lost its character and become a dysfunctional society. In place of a largely homogeneous population once united in veneration of the Constitution, there exists today massive diversity which Identity Politics has used to disunite the population into separate interest groups.

No clause or article of the Constitution, nor the Bill of Rights, is safe. The George W. Bush and Obama regimes destroyed two of the most important protections of civil liberty -- habeas corpus and due process. Bush declared indefinite imprisonment on suspicion alone without evidence or trial. Obama declared execution of US citizens on accusation alone without due process. The Justice (sic) Department wrote legal memos justifying torture, thus destroying the constitutional protection against self-incrimination. One of the authors of the memos is now a professor of law at UC Berkeley. The other is now a federal judge, indications that respect for the Constitution and enforcement of US and international laws against torture is fading in law schools and the federal judiciary.

A third important protection of civil liberty -- freedom of speech which is necessary for the discovery of truth and to serve justice -- is being destroyed. Apple, Google/Facebook, Twitter, Spotify, university speech codes, legislation against protesting Israel's atrocities against Palestinians, and the presstitute media that has been turned into a propaganda organ in behalf of vested interests are all actively involved in protecting lies against truth.

Glenn Greenwald reported that "the single greatest threat to free speech in the West -- and in the U.S. -- is the coordinated, growing campaign to outlaw and punish those who advocate for, or participate in, activism to end the Israeli occupation" of Palestine.

The Second Amendment, which was placed in the Constitution as a defense against oppression by government, is under attack by well financed organizations in service to the police state with the intention of disarming the population. Many attentive Americans are convinced that mass shootings are staged or pretended in order to create public support for repealing the Second Amendment. Clearly the amount of effort expended against the Second Amendment is disproportional to the number of shooting deaths as compared to other causes of deaths. Why this one cause of deaths has so many well financed and politically active organizations compared to other causes of deaths is a question that is studiously avoided. We see far more opposition to the Second Amendment than we see against Washington's destruction in whole or part of seven countries during the past two decades, resulting in the death, maiming, widowing, orphaning and displacement of millions of peoples.

In an Orwellian twist, freedom of religion is now interpreted as a prohibition against celebrating Christianity, the religious basis of the country, in public arenas.

Law faculties and the ACLU have de-emphasized the original rights specified in the Constitution, emphasizing instead rights for transgendered, homosexuals, illegal aliens, and those seeking and performing abortions -- a horrendous crime only a few decades ago.

Today all it takes to trump the US Constitution is to utter "National Security."

The newly invented rights and the speech codes are used as weapons against heterosexual white males and to transfer authority from white male professors and managers to university and corporate "diversity offices" acting in behalf of "oppressed minorities" (women, non-white races except apparently Asians, homosexuals, transgendered).

In the August 2018 issue of Chronicles, a magazine of American culture, Jack Trotter relates one of his experiences as an assistant professor "at a major Southern university, one of those SEC football titans." In a lecture he encouraged his students to "avoid excessive use of abstract, Latinate terms in their writing." He was accused of committing a racist crime of advocating white superiority by expressing a preference for short words with clear meaning that comprise Anglo-Saxon vocabulary. The absurd charge was placed in Trotter's university file for internal use in the event he gave further indications of white supremacy by uttering the term Anglo-Saxon.

It gets even more ridiculous than this. A professor I know at a major research university was unaware that "girls" had been made an insensitive word and used it in class. He was called before a diversity dean and told that one more infraction and he would have to attend a class in "diversity training."

The same thing happened to a graduate student at an English University who was one Friday afternoon sitting talking with three secretaries who were describing the evening out they had planned. He said: "sounds like a fun girls' night out." The expression "girls night out" is an old one widely used by women themselves, but the secretaries took offense at the word "girls," complained, and the graduate student was subjected to sensitivity training.

Any member of an "oppressed minority" can make a complaint against a white male on any basis, and it is in the vested interest of the diversity office, whether university or corporate -- remember the Google case -- to regard the complaint both as true and as an offense.

Related Topic(s): American Capitalism; American Facism; Hate-Racism-Bigotry; Homosexuals; Transgendered, Add Tags
Add to My Group(s)
Go To Commenting
The views expressed herein are the sole responsibility of the author and do not necessarily reflect those of this website or its editors.