Some of the great plagues of the Exodus are what we would call diseases, but not all. There is a cattle affliction that sounds something like mad cow disease. There is an affliction of all water in the land of Egypt, not only the Nile but even water in pots and pans. There is the death of all firstborns. 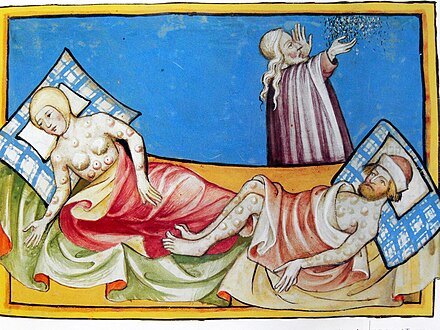 But there are also the invasions of frogs, of locusts, of lice or mosquitoes. These are ordinary animals in extraordinary numbers and places. But so are diseases. The Coronavirus is perfectly normal until it leaps a species. Carbon dioxide is perfectly normal - - even necessary - - until human corporations create so much of it by burning fossil fuels that it becomes extraordinary, planet-destroying. The Exodus move to a freely wandering, struggling, learning, growing journey in a Wilderness, seeking to become a loving and beloved community.

The Exodus is empowered by a series of Ten Plagues. In some understandings, they were brought on by a God Who is a sort of Super-Pharaoh in the sky, proving he is even more powerful and more cruel than the Pharaoh on the Egyptian throne, who claims to be a god. Pharaoh enslaves Israelites; God kills Egyptians.

This understanding that the Exodus is a contest between a king and a Super-King is underlined by the false biblical translation of YHWH as "LORD." (The rabbinic tradition substituted "Adonai/ Lord" for "YHWH" but the Hebrew Bible does not.) It is more likely that YHWH with no vowels is simply a breath - Yyyyyhhhhhwwwwwhhhh: the Breath of life, sometimes the Wind of change, sometimes the Hurricane of destruction.

This Ruach (Hebrew for "breath, wind, spirit") is what intertwines all life. We know now this is literally, physically, scientifically true: the Oxygen-CO2 interbreathing between animals and vegetation keeps all life alive. So YHWH is the bearer of consequence, not punishment or rewards. Try reading the whole Plague narrative substituting "Interbreath of life" instead of "LORD." For me and others who have tried this, it changes the whole story.

From this vantage point, the concentrated power and the arrogance, cruelty, and stubbornness of a Pharaoh whose subjugation of human beings soon became subjugation of Earth. The cruelty that Pharaoh sows, all Egypt reaps.

Those plagues did not come from outside us. They came from our own society, from our own government, from our own way of living. "We" allowed a Pharaoh who turned Egyptian farmers into sharecroppers and an immigrant community into slaves.

And that's the case today. The coronavirus only becomes destructive and deadly because we don't leave space between ourselves and various other species. We don't leave space for bats who fly around perfectly well carrying that virus. We take up all the space there is, and we take up all the air there is with far too much CO2. We allow ourselves to become "sharecroppers" within the system that brings plagues upon us. And we become accustomed to the system of domination, so much that we think it is normal. It is not arrogance, it is not cruelty; it is normal.

Until Earth rebels, and what is normal becomes lethal. Some groups of us suffer more from the "diseases" than others, die more than others. More and more of us even begin to notice that the "overseers" who casually murdered Israelite slaves in the ancient story are not so different from the police today who use their legitimized authority to kill more Blacks. Then more and more of us realize that some of us are sharecroppers and some of us are enslaved.

Yet these plagues have an unexpected effect, in the ancient story and for us today. Though the ancient plagues were the horrifying results of Pharaoh's cruelty, they became the instruments of liberation.

How could both truths be true? The Exodus story splits the targets of the plagues. For Egyptians, they were utterly destructive. For Israelites, who according to the story were physically and ecologically separated in their own region of Goshen, the plagues were liberating. Zoom becomes our Goshen. And if we stop to think, we know that Zoom is a class and racial privilege. The deeply poor do not get to live in Zoom.

Whether the separation was factually accurate or a part of a larger parable, it was a way of celebrating the emergence of a new kind of community -- committed to a new birth of freedom yet welcoming, as the story of Pharaoh's daughter indicates, to "renegade refugees" even from the palace of privilege and power.

We, living in the midst of the Coronavirus Plague and the varied plagues of global scorching, do not have the luxury of regional separation. Our own "Goshen" is retreat into our own homes, scattered everywhere. Our own new plagues imposed by modern pharaohs are again horrifying and might-be liberating: Undrinkable water. Intrusive "forever plastics," even inside human bodies. Droughts. Famines. Floods. Fires. Human beings becoming unable to see each other through the darkness of fear. Ultimately, the dangerously impending death of the next generation of the human species -- our own first- and second- and tenth-borns.

Rabbi Arthur Waskow, Ph. D., founded (in 1983) and directs The Shalom Center , a prophetic voice in Jewish, multireligious, and American life that brings Jewish and other spiritual thought and practice to bear on seeking peace, pursuing justice, (more...)
Related Topic(s): Bible; Coronavirus; Plague, Add Tags
Add to My Group(s)
Go To Commenting
The views expressed herein are the sole responsibility of the author and do not necessarily reflect those of this website or its editors.