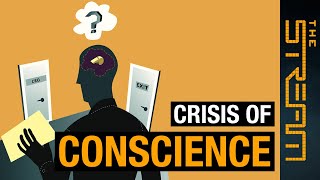 Whistleblowers: Why do they risk it all?
(Image by YouTube, Channel: Al Jazeera English)   Details   DMCA

Many people regard Matt Taibbi as a leftist as he writes for the sometimes foolish Rolling Stone magazine. I regard Taibbi as a vicious truth-teller, who, left-wing or not, has integrity and intelligence far above the Identity Politics American left who are not even worth wiping your ass with.

Taibbi's truthful account below tells you that the Democrats are incapable of speaking any truth, and so is the whore American media that services the Democrats and the Deep State. The Democrats are serial liars. They are destroying the fragile political stability of the United States. A country whose unity has been destroyed by Identity Politics, whose middle class jobs have been off shored to Asia by corrupt American corporations kowtowing to corrupt Wall Street, a country whose media on which the Founding Fathers relied to protect American liberty from a rapacious State is the complete and total whore of the oligarchs who control the explanations and the agendas -- is no longer a country, no longer a people. Overrun by immigration, America is a Tower of Babel.

In American politics, the oligarchs are accustomed to deciding with their campaign contributions who are the candidates for President, Senate, and House for both Republicans and Democrats. That way they stay in control regardless of which party wins the elections. Trump is an exception to this. Trump is the product of a people's revolt. It caught the oligarchs off guard. They thought Hillary had it all wrapped up. They are determined to get Trump out because they are fearful of having an outsider in the White House for 8 years.

If the American people allow this, they are destroying themselves. If they believe any of the Democrat-military/security-presstitute propaganda, they are self-destructing.

The question of our time is: Do the American people have enough intelligence to survive?

The Democrats, military/security complex, and presstitutes are betting "No."

Dear American, if you are so stupid, so indoctrinated and brainwashed that you with your insouciance give yourself over to be made into a total unknowing slave, that is the fate you deserve.

Start with the initial headline, in the story the Washington Post "broke" on September 18th:

Related Topic(s): America Culture Of Violence; American Hegenomy; American Hypocrisy; Russiagate; Taibbi; Truth-teller; Whistleblower, Add Tags
Add to My Group(s)
Go To Commenting
The views expressed herein are the sole responsibility of the author and do not necessarily reflect those of this website or its editors.