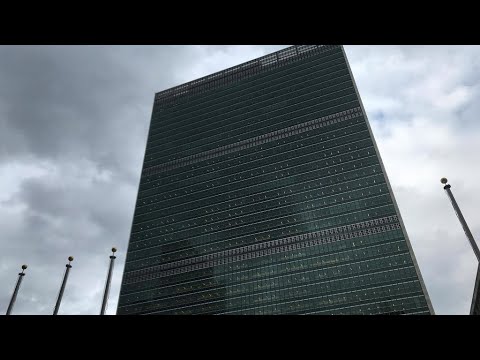 Even Iran seemed surprised by the magnitude of its victory over the US in Friday's UN Security Council vote. President Hassan Rouhani said, according to US News and World Report, "I don't remember the United States preparing a resolution for months to strike a blow at the Islamic Republic of Iran, and it garners only one vote. But the great success was that the United States was defeated in this conspiracy with humiliation."

All the Security Council members except the Dominican Republic either voted against or abstained from the US resolution calling for a permanent arms embargo on Iran.

The spokesman for the Iranian foreign ministry, Sayyid Abbas Mousavi, said on Twitter Saturday that the US regime must take a lesson from its absolute defeats at the UN security council. Otherwise it will, he said, continue to be isolated, even more than it is today.

Mousavi, by using the term "regime" to describe the US government, was tweaking the Trump administration, which routinely refers to the Iranian government as a "regime," which has connotations of authoritarianism and illegitimacy. Iran's government is a hybrid, with an authoritarian clerical theocracy but an elected parliament and presidency. While candidates are carefully vetted for loyalty to the official line, the elections themselves have usually been aboveboard, with the exception of 2009.

Trump says he plans to invoke a provision of the 2015 Joint Comprehensive Plan of Action (JCPOA) next week, which allows UNSC signatories to reimpose the body's pre-2015 sanctions on Iran if it failed to live up to its obligations under the treaty. Trump withdrew from the treaty in 2018, and so the other signatories are unlikely to recognize US standing to invoke snap-back. The UNSC will have 30 days to respond to any Trump attempt in this regard. My guess is that the body will simply rule that the US, in leaving the treaty, no longer has that prerogative. Trump cannot make the other members boycott Iran, though he can threaten them, as he already has, with third party sanctions for trading with Iran.

China in particular appears determined to risk US sanctions in order to make a huge investment in the Iranian economy. The US Treasury Department can only sanction firms that trade in dollars with Iran or that also trade with the US. China intends its projects in Iran to be funded with soft-money currencies it has accumulated through its vast global trade. In accepting those African and other currencies, Iran will suffer a 30% loss, but it will escape the American net.

Russian President Vladimir Putin proposed an emergency video meeting of the heads of state of the UN Security Council, in hopes of avoiding a confrontation with the US over Iran. It swiftly garnered the warm support of China.

Asked if he would participate in such a meeting, Trump said Saturday, "probably not." It is rare for Trump to defy Putin.

The European Union remains committed to the JCPOA, but its corporations have not been willing to risk US sanctions, and Washington has managed to bully the EU into de facto joining the US "maximum pressure" blockade on Iranian trade and finance. Europe set up an Instex exchange mechanism that would theoretically allow it to sidestep US sanctions, but it hasn't been used for any significant exchanges so far.

Related Topic(s): China; Iran; Sanctions; Trump Against Eu; Vladimir Putin, Add Tags
Add to My Group(s)
Go To Commenting
The views expressed herein are the sole responsibility of the author and do not necessarily reflect those of this website or its editors.