Reprinted from www.dailykos.com by Murfster35 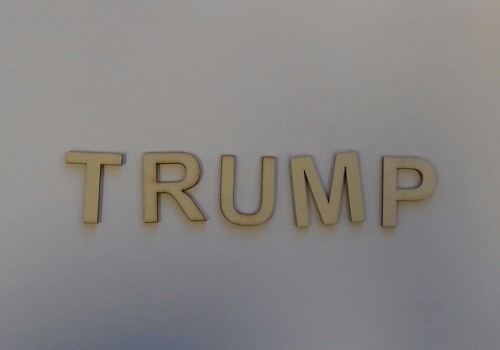 Jeez, quit boiling up the tar, and stop plucking the damn chickens will ya?!? It all comes out right in the end, just hear me out. Wadda you have to lose, you're already reading, aren't you?

Let's be honest, shall we? In the current circumstances, impeachment is a pipe dream. Even if we retake the House in November, by the time that the newly minted Democratic led committees could finish doing fair, responsible investigations and generate articles of impeachment to vote on, we will already be in the run up to the 2020 elections, and nobody will have the stomach for that kind of political upheaval. Besides, Democratic oversight would effectively rein in the madness, and the passage of progressive House bills for the Senate to shoot down would basically emasculate the rest of Trump's term. Also, when you come right down to it, impeachment is not an effective punishment for The Tiny Thumbs Diktator.

When one is convicted of a crime, one is sent to prison and loses his or her freedom. What is the ultimate punishment that comes with impeachment? Removal from office. Short and sweet, the ultimate deterrent of impeachment is personal and professional shame. Quick show of hands! Who thinks that Der Gropinfuror has one modicum of shame in his entire, portly carcass? Trump has spent his entire life forgiving himself for and justifying his excesses. And he has already laid the groundwork to fleece his undying supporters that he is actually a martyr, politically crucified for the purity of his cause. As long as 41% of the country believes him, the rest of us can kiss his ass. Trump will never feel shame for being impeached, because he will refuse to acknowledge his crimes that led to his impeachment in the first place.

But be of good cheer, there really is a much more suitable punishment, and it's one that he can't avoid, or wriggle his way out of. The most common axiom applied to the execution of the Mueller investigation is three simple words, "Follow. The. Money." In terms of the Trump-Russia investigation, it is meant to follow Trump's byzantine finances to look for illicit connections to Russian or other foreign sources that could be used as a point of leverage over him as President. But confirmation of those crimes would logically lead only to impeachment, and that event is unlikely.

Related Topic(s): Impeachment; Trump Crime, Add Tags
Add to My Group(s)
Go To Commenting
The views expressed herein are the sole responsibility of the author and do not necessarily reflect those of this website or its editors.