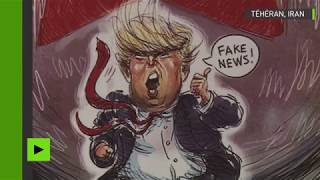 Sean Hannity: I personally wish the president vetoed this bill, made them stay in Washington. Make them keep their promises. What happened to the Republican party. Whatever happened to the party that believed in fiscal responsibility?

Tucker Carlson: We're told we need this bill because of national security. But how secure is a nation that has no borders? Well about as secure as a political party that has no rationale for existing.

Laura Ingraham: It pains me to say this, but the president did have a choice. He could have called Congress back to town and make them pass a continuing resolution until his priorities were funded and we explain this mess to the American people.

Jesse Watters: This was a huge defeat for the President on a signature issue. It's really, really bad. There's no way to spin it.

Pete Hegseth: This is a swamp budget. A Mitch McConnell special. Democrats control the process. If Nancy Pelosi and Chuck Schumer are happy, the American people shouldn't be.

[Late Addition] Jeanine Pirro:The omnibus bill that Republicans gave President Trump yesterday is a total betrayal of him and those who elected him.

The opposition to Trump's approval of the spending bill was nearly unanimous among the Fox News regulars. But what makes this even more ridiculous is that they didn't oppose the bill for what many would think were the obvious right-wing reasons. They didn't complain about the 1.3 trillion dollar price tag. Or the expansion of the federal debt. Or the funding for Planned Parenthood. Or the additional sanctions on Russia. Or the many other budgetary increases for government agencies that Trump and Republicans have long promised to shut down.

Related Topic(s): FOX NEWS; Republican; Trump Signs Order; Trump Threats, Add Tags
Add to My Group(s)
Go To Commenting
The views expressed herein are the sole responsibility of the author and do not necessarily reflect those of this website or its editors.